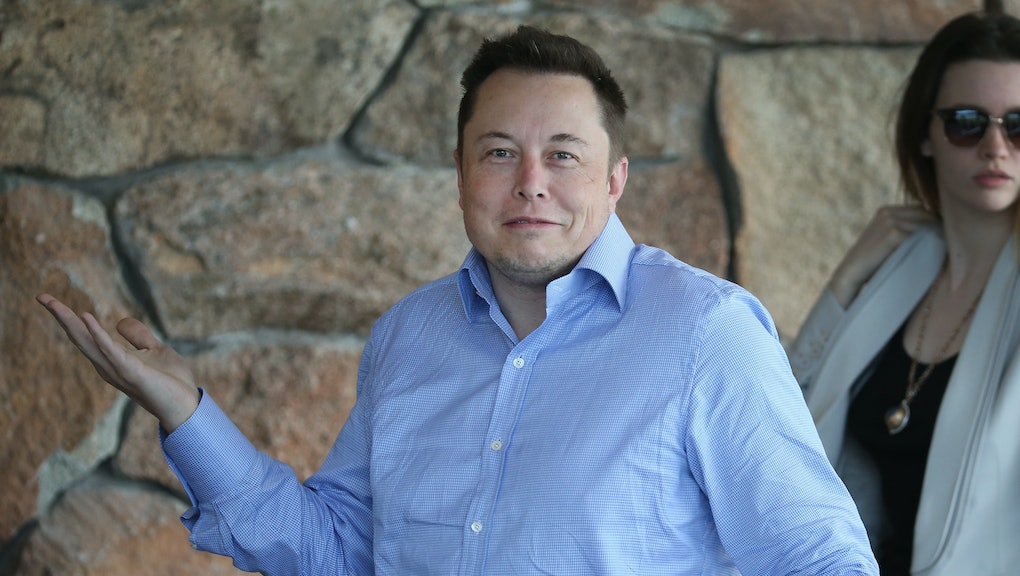 Elon Musk Thinks We Might Be Living in the Matrix

Are you sitting at your computer using your eyeballs to read this article, or are you just a simulation?

Elon Musk thinks the chance of it being the latter is "one in billions."

The Tesla and SpaceX founder voiced his beliefs that this crazy thing called life may be a simulation during Recode's Code Conference this week, Vox reported. His comments were a response to the Verge co-founder Josh Topolsky, who asked Musk if he thinks our existence is simulated, the Verge reported.

"You've thought about this?" Topolsky asked. Musk has. "A lot," he said.

Musk pointed to the advancement of computer games — forty years ago we had Pong and now we have "photorealistic, 3-D simulations with millions of people playing simultaneously, and it's getting better every year," Musk said, according to Vox. He added:

If you assume any rate of improvement at all, then the games will become indistinguishable from reality, even if that rate of advancement drops by a thousand from what it is now. Then you just say, okay, let's imagine it's 10,000 years in the future, which is nothing on the evolutionary scale.

So given that we're clearly on a trajectory to have games that are indistinguishable from reality, and those games could be played on any set-top box or on a PC or whatever, and there would probably be billions of such computers or set-top boxes, it would seem to follow that the odds that we're in base reality is one in billions.

Well — maybe. Theoretical physicist at Harvard University Lisa Randall says the chances that our minds are artificial rather than biological are "effectively zero," Scientific American reported.

"We should hope that's true, because if civilization stops advancing, that may be due to some calamitous event that erases civilization," Musk added. "So maybe we should be hopeful this is a simulation, because otherwise we are going to create simulations indistinguishable from reality or civilization ceases to exist. We're unlikely to go into some multimillion-year stasis."

But a computer simulation can crash too, Musk. Neil deGrasse Tyson posed the question, according to Scientific American. In an artificial universe, "What happens if there's a bug that crashes the entire program?"