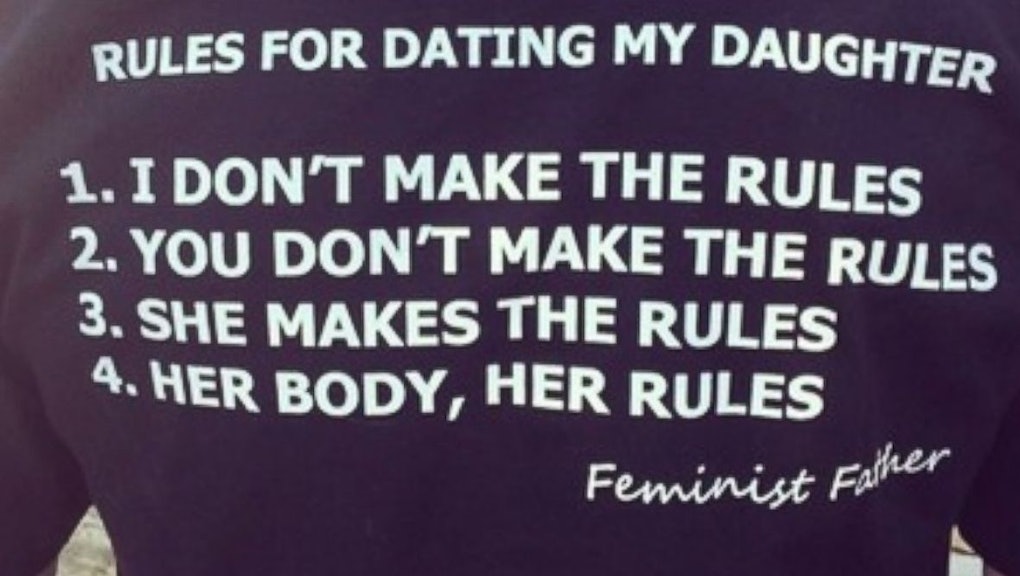 This Feminist T-Shirt Is the Perfect Accessory for Dads Everywhere

There are plenty of "hilarious" jokes about fathers controlling their teenage daughters' dating lives.

One dad has an epic response to this habit. And it's gone viral:

The context: Kristine Speare posted the photo to Tumblr in 2014 after snapping the shot of her dad, according to ABC News.

The joke is officially over for dads who still insist their daughters are princesses in need of protection.

And so are the respective shirts, with messages that boast, "My daughter is not your conquest," which reinforce the patriarchal and sexist message that women are property meant to be exchanged between men.

Speare's photo has racked up thousands of shares on social media.

With Father's Day approaching, now's the time to remember that being a dad makes you a parent, not a property-owner.