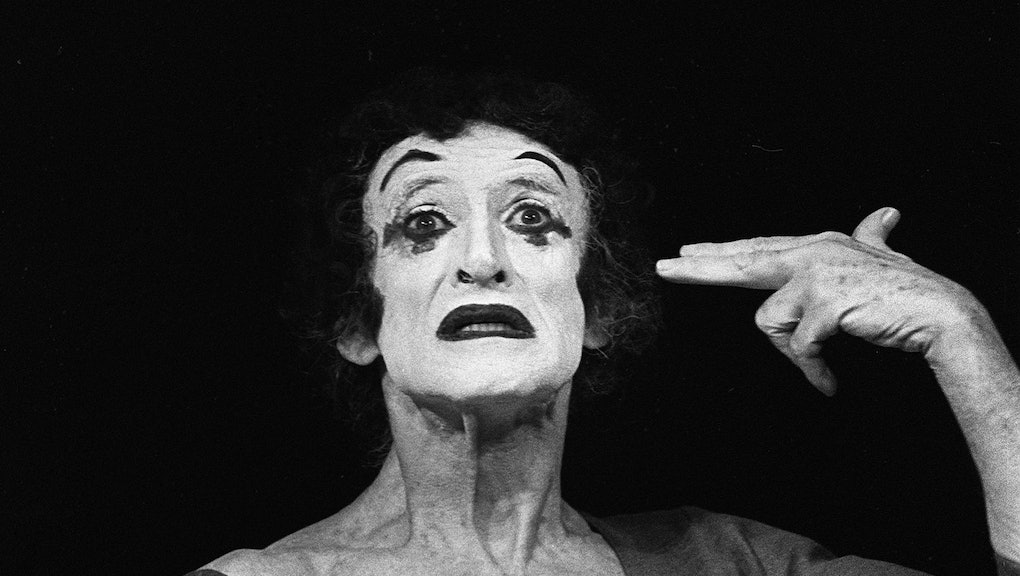 Despite never particularly caring about French culture in his 50 years, not even when he was dating a French woman in his 20s, an Italian man has morphed into a "caricature of a French man" in the wake of a brain injury, according to a study the Independent reported on Thursday. Dubbed J.C., the newfound Francophile is the subject of a paper published online in May for the journal Cortex.

"J.C.'s French is full of inaccuracies, yet he speaks it in a fast pace with exaggerated intonation using a movie-like prosody and posing as a typical caricature of a French man," the paper's authors wrote, according to the Independent. "He uses French to communicate with everybody who is prepared to listen; he speaks French with his bewildered Italian relatives, with the consultants; he spoke French even in front of the befuddled committee deciding on his pension scheme."

The Independent reported J.C. cares not for his audience's understanding of the high school-esque French he rattles off with gusto; he just "longs to watch French movies (which he never watched before)," eat French food and read French things, study authors reported.

According to the study's authors, he begins each of his mornings by throwing open his windows and shouting, "Bonjour!" to the world below, Discover Magazine's blog Neuroskeptic reported. This is likely part of the "unjustified euphoria" J.C. experiences, which he jauntily deemed "joie de vivre."

The authors reported he is having trouble sleeping, has "delusions of grandeur," "offer[s] French lessons to his neighbors" and is prone to excess — like purchasing 70 hangers when realistically he only needed two and "mak[ing] tons of bread," which annoys his wife — according to Neuroskeptic.

Apparently, J.C. is still perfectly capable of speaking Italian when forced to do so. The French thing is probably not his fault, though — the researchers think he may have foreign language syndrome as a result of the "vascular anomaly," Neuroskeptic reported. So it seems that, for now, he'll plow merrily ahead with his broken French (he still writes in Italian, though).