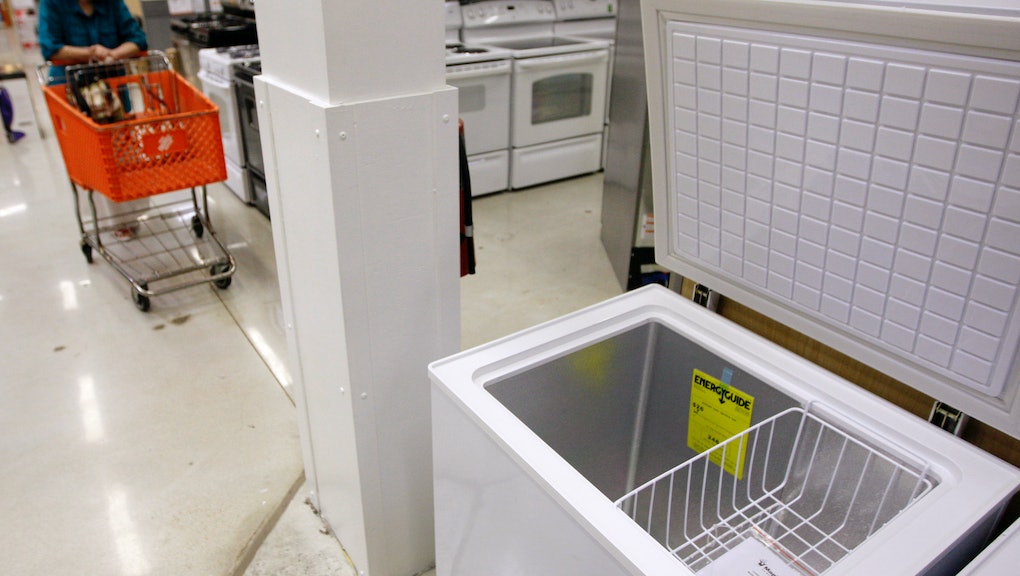 Perhaps the low, low price was the reason she didn't bother to open the freezer before she purchased it.

On Friday, a woman in Goldsboro, North Carolina, opened up a deep freezer that she'd purchased at a neighbor's yard sale about three weeks prior. Upon peeking inside, she saw a human foot, according to NBC News — once she'd steeled her nerves and opened the freezer all the way, she discovered the entirely intact body of an elderly woman.

"I was just in shock," the woman who purchased the freezer told her local NBC station, WRAL. "I opened it up for a second time and my heart went into my throat. I ran out of the house and called 911." The authorities have since determine that the old woman died of natural causes. They have not released her name, but have identified her.

While the purchaser asked to remain anonymous, she did not hold back details when speaking to local news. She said the person who sold her the freezer told her it contained items set aside for a Sunday school project and that someone would stop by to grab them. When, after three weeks, that someone failed to materialize, the woman "started to become suspicious" and finally took a peek inside the freezer. Apparently its occupant was someone she hadn't seen since autumn: her neighbor's mother, the woman alleged.

According to NBC, Goldsboro police are now investigating the freezer's previous owner (who, WRAL says, is believed to have relocated to West Virginia) for her failure to notify the authorities that someone had died, a class-one felony.

Just $30 for a freezer trunk? A deal too good to come without strings.