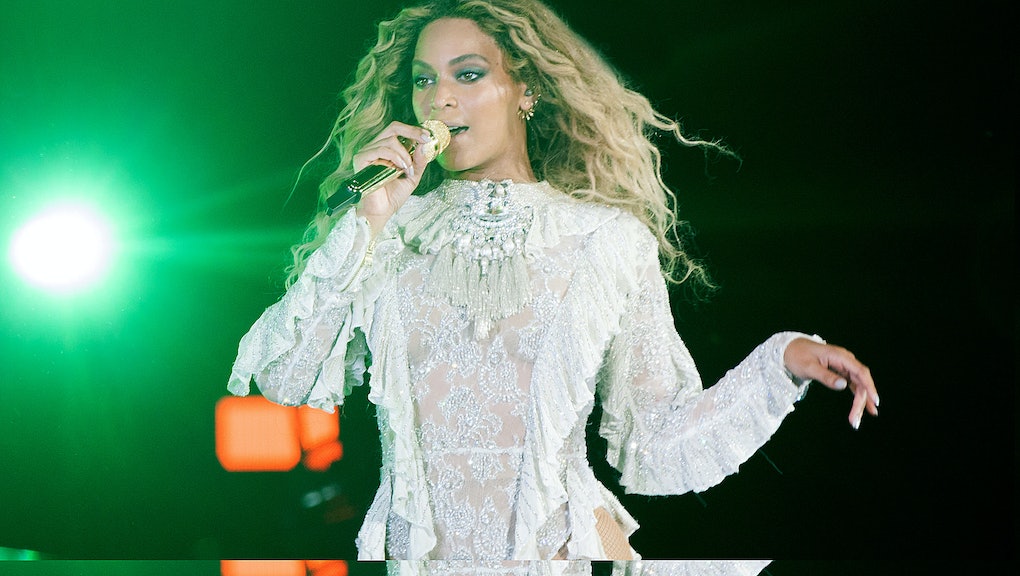 Beyoncé Stops in Her Tracks to Compliment Women's Afros During Performance

On May 18, Mohamed and Mamuye were attending Beyoncé's concert at Seattle's CenturyLink Field when the Lemonade singer stopped in her tracks to personally praise their afros from onstage.

"It's one thing to be that close to Beyoncé and for her to take two seconds [to] compliment you," Mamuye told BuzzFeed. "It's so surreal."

In the Instagram video, filmed by Mamuye's boyfriend, Beyoncé points right at the women, pats her head and gives a quick thumbs up.

At first, Mamuye had her hair tied up because people were complaining of it being in the way of their filming. But Mohamed wasn't having it. "I literally took the hair tie out of her hair," Mohamed told BuzzFeed. "I said, 'Your hair is beautiful, let it out.'"

Queen B certainly seems to thinks so.

Read more: 5 Moments From the "Formation" Video That Prove Beyoncé Is Woke AF