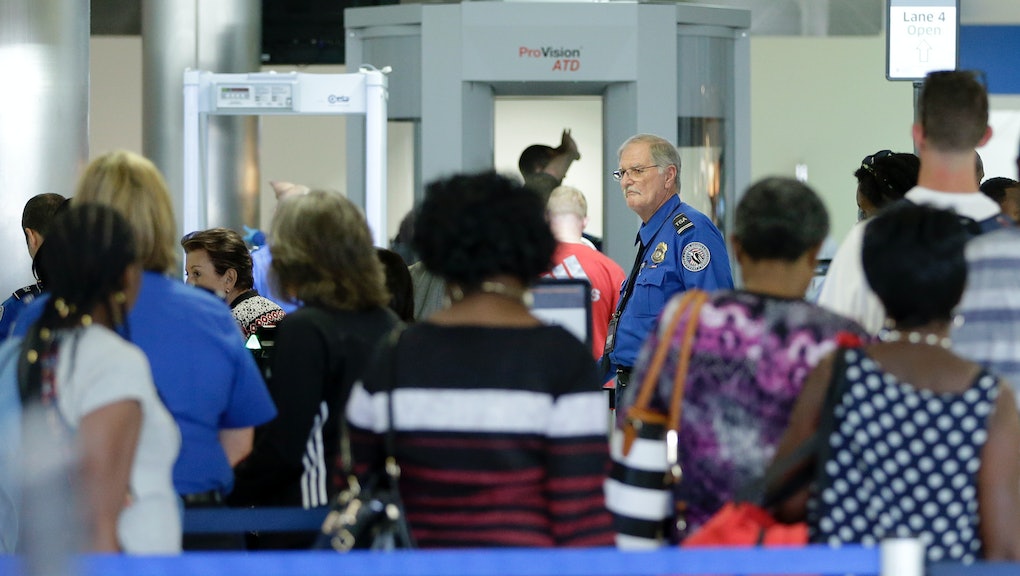 DFW Airport Is Going to Start Tracking Your Phone, But Not for the Reason You’d Think

What would you give for a quicker security line at the airport?

Dallas/Fort Worth Airport is going to collect data from passenger cellphones thanks to a partnership with AT&T, the Star-Telegram reported. The objective is to crowdsource passengers' geolocations so airport staff can determine how many travelers are at a particular spot, and how long they're there for.

"We can use the data to send it to our folks, to TSA, to American Airlines," the airport's chief financial officer, Chris Poinsatte, said, according to the Star-Telegram. "We will have real-time information on the queue times."

The airport could use your phone data to look at where places are more or less busy — so if you're in a security line that is a particular hellscape, the airport will be able to see that and relocate TSA security agents accordingly.

Poinsatte added that down the line, the airport also wants to make this location data available to travelers, through its app.

If the airport knowing where you are — but not who you are, according to Poinsatte — is a sacrifice you aren't willing to make for speedier lines, just don't connect to DFW Airport's free Wi-Fi. If you're not connected, AT&T can't track you.

An effort to make airport security lines less miserable makes a lot of sense; the head of the TSA has basically told the public to get used to long lines, according to the New York Times. With more people traveling over the summer, the inevitable doom of delays hovers over your bare feet and tray full o' metal.

But your frenzied movements aren't available to the airport just yet. The Star-Telegram reported that the board still needs to approve the $600,000 contract in a meeting today. If it's green-lit, your precious real-time data will be in the airport's fingertips in about four weeks.