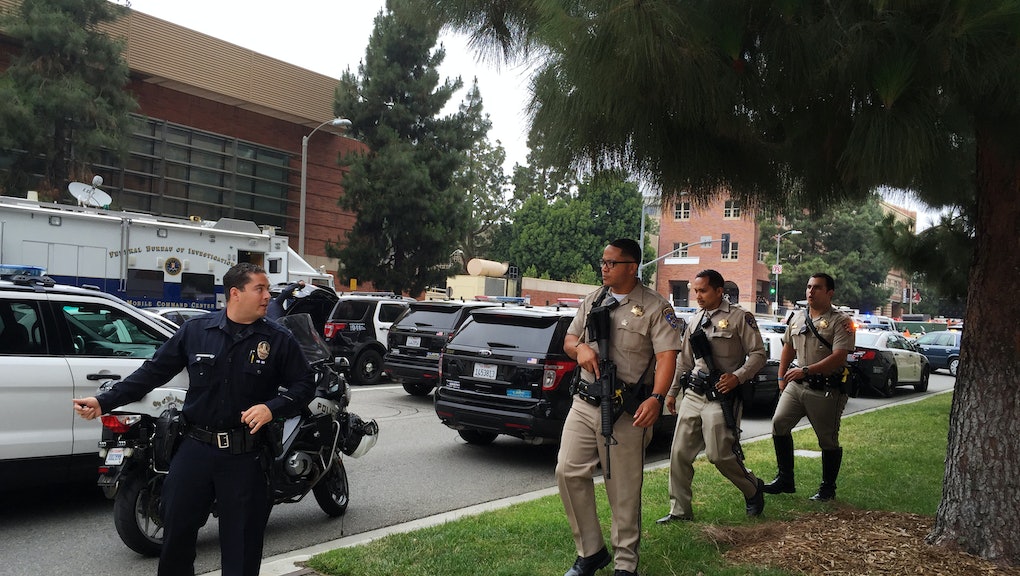 According to the Associated Press, authorities found a "kill list" in University of California, Los Angeles, gunman Mainak Sarkar's home. A woman on the list has reportedly been found dead in Minnesota.

CNN reported that on Thursday that Ashley Hasti, Sarkar's wife, was found dead in Brooklyn Park, Minnesota. CBS Minnesota says officials have confirmed Hasti was in fact the woman from Sarkar's kill list. Hasti was reportedly killed by gunshot before Sarkar descended on UCLA's campus.

Additionally, Hennepin County Communications Officer Carolyn Marinan told CNN they were unable to verify if Sarkar and Hasti were still married at their respective times of death, though they were married in 2011.

Earlier Thursday, the Los Angeles Police Department identified the shooter as Sarkar, a former doctoral student who killed professor William S. Klug in what was deemed a murder-suicide for reason of a "student-professor dispute."

In an interview with KTLA, the Los Angeles Times reported, LAPD chief Charlie Beck said Sarkar had left two notes, one of which was a list of names including Klug's, the name of the woman who had been found dead on Thursday and another UCLA professor, who Beck said the LAPD contacted and "is fine."

According to the Times, the unnamed professor also taught Sarkar when he was a student.