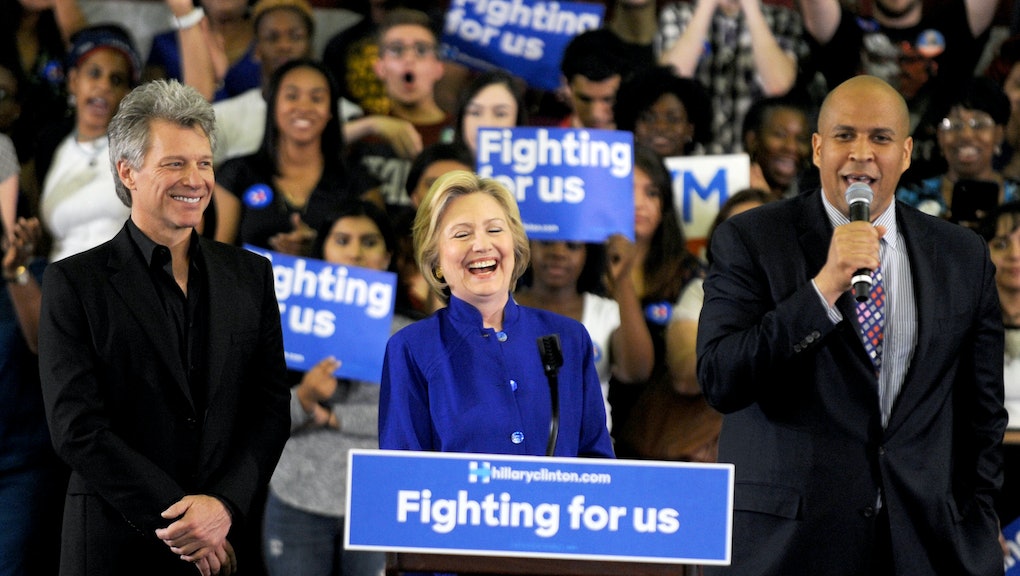 New Jersey heads to the polls hours after Hillary Clinton secured the delegates needed to win the trophy she's sought for nearly a decade: the Democratic presidential nomination.

The former secretary of state held a double-digit lead over Sen. Bernie Sanders in advance of the Tuesday primary, according to recent polling.

Her lead is likely thanks to the state's diverse population, which has a similar makeup to neighboring New York — where Clinton beat Sanders decisively.

For his part, Sanders spent little time in the state ahead of the primary, instead focusing on California — the largest state with the most delegates in the Democratic nominating process.

On the other hand, Clinton campaigned more in the state, hoping to maintain her massive lead.

Clinton even hosted an event in Newark with legendary New Jerseyan Jon Bon Jovi — the 1980s rock icon who has supported Democratic candidates in the past.

Polls close at 8 p.m., the first of the six states voting on Tuesday.

If Clinton's victory margin is as large as current polling indicates, the race will likely be called early in the evening.