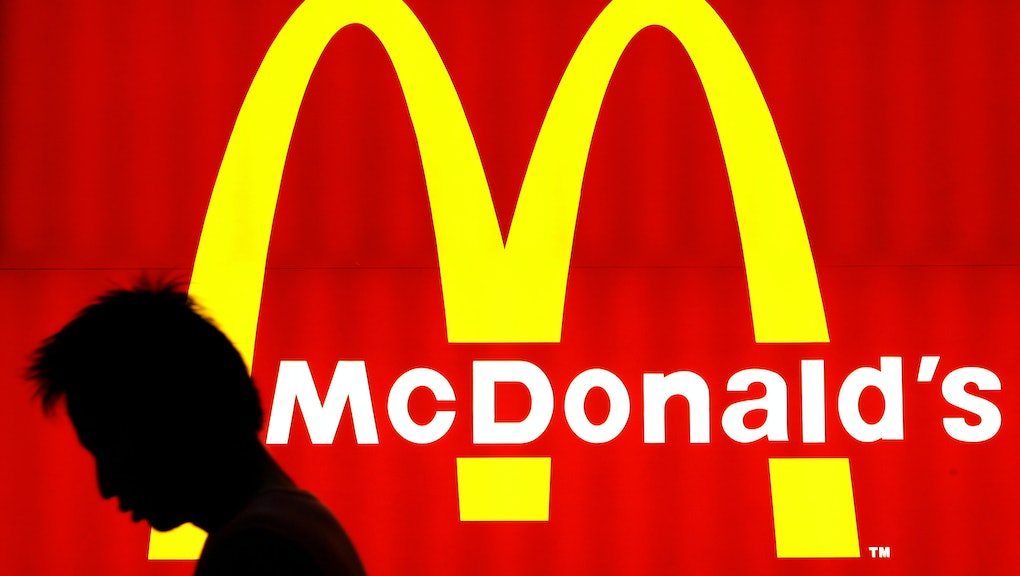 In a recent interview, hip-hop industry veteran Steve Stoute revealed to radio station, WQHT, or Hot 97 that Pusha T was the brains behind McDonald's "I'm lovin' it" jingle, Complex reported.

Justin Timberlake and Pharrell Williams may have sung and produced the jingle the whole world knows and can't get out of their heads, but Stoute said Pusha T, president of G.O.O.D. Music, actually wrote the words to the catchy, ubiquitous song.

A hungry rapper breaks out: One of Stoute's first projects with his marketing company Translation was creating "I'm Lovin' It" for McDonald's in 2004, he said. Williams was tasked with creating a hip and fresh song for McDonald's, and Pusha T was there in the clutch with memorable lyrics that would lift up a sagging fast food brand for over a decade.

The original song even features a few verses rapped by Pusha himself.

Turns out there's a long history of musicians dabbling in commercial jingles. Mental Floss noted that Jack White penned a song for Coca-Cola, the Rolling Stones performed a Rice Krispies jingle and even Barry Manilow sung a sweet tune during State Farm's 1976 Super Bowl commercial. Too bad Manilow only got $500 for the jingle, which State Farm uses to this day.

While the masterminds behind many jingles often remain a mystery, now that we know who's responsible for McD's catchy tune, we're kind of lovin' it a little bit more.