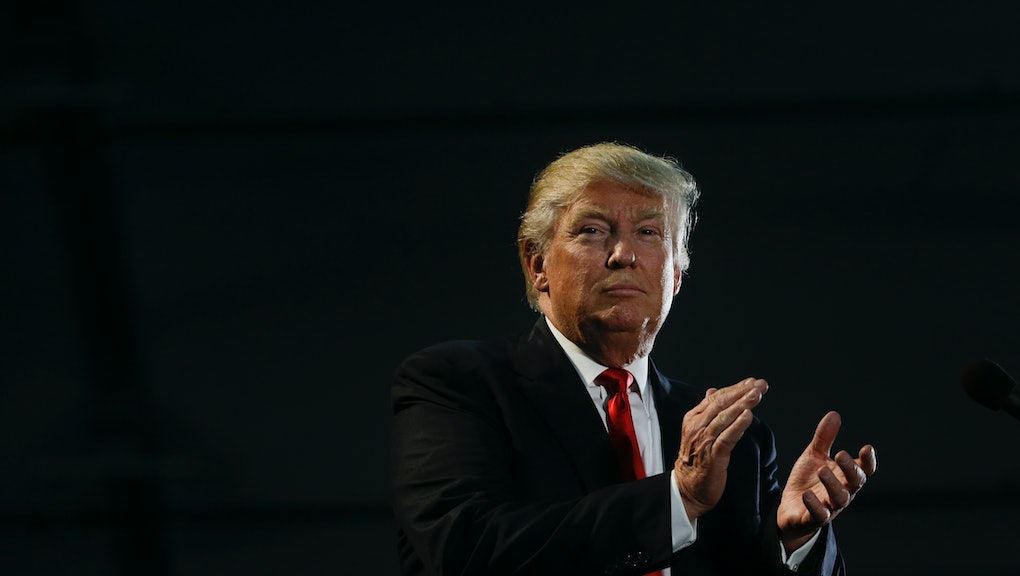 Presumptive Republican presidential nominee Donald Trump upped his attacks Thursday on a federal judge presiding over two lawsuits against Trump University, claiming the judge's "Mexican heritage" and membership in a Hispanic lawyers association presents an "inherent conflict of interest" in deciding the case.

"I'm building a wall. It's an inherent conflict of interest," Trump told the Wall Street Journal of Judge Gonzalo Curiel's ability to fairly preside over the trial.

Trump has previously attacked Curiel, who was born in Indiana to Mexican parents. But his comments to the WSJ were his most explicit yet in saying Curiel's ethnicity precludes him from presiding over the lawsuits.

Trump's comments drew scorn from all sides of the political spectrum.

And Fox News' Megyn Kelly, a former lawyer, went off on Trump during her primetime show Thursday night.

"He has no conflict of interest," an infuriated Kelly said of Curiel. "Now Donald Trump is saying the judge needs to be investigated, someone should look into him just because he's ruled against Donald Trump in his litigation repeatedly ... That doesn't make you biased. It doesn't."