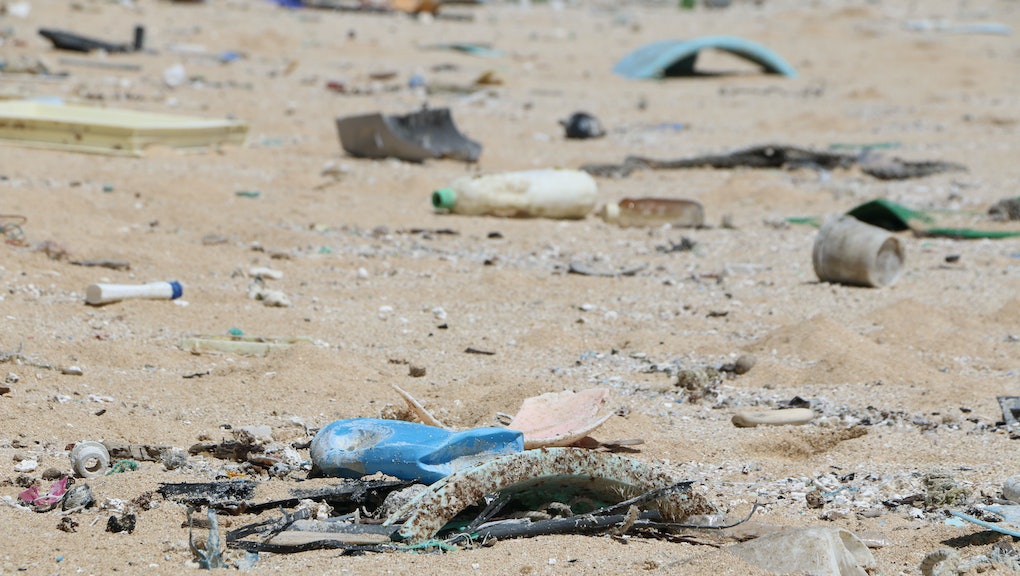 To Young Fish, Plastic Is Like Eating Junk Food — And It's Making Them Stupider

The high levels of plastic debris in the world's waters have become the aquatic equivalent of greasy burgers and French fries, according to a new study.

The researchers found that more young fish are becoming addicted to the smell of tiny plastic particles, which makes up food packaging — and eating it is making them slower, smaller and in essence, stupider.

For the study, scientists examined the European perch, whose population in the Baltic Sea has been noticeably declining. The scientists put baby perch and perch eggs into habitats with varying levels of micro-plastics to observe how they grew up. They found the fish in the water with the highest concentration of plastic were not only smaller but were also slower to respond to predators.

The fish also began to prefer plastic over real food sources. "It seems like there's a chemical cue, a smell about these plastics, that triggers a feeding response in the fish," lead author Oona Lönnstedt said, according to the Washington Post. "They think that the plastic is this high-energy resource that they need to feed on in high levels."

But it's not, and it leaves them inactive and in danger.

Scientists estimate that there was up to 12.7 million metric tons of plastic waste entering our oceans in 2010. And that stuff doesn't really decompose; instead it breaks down into smaller pieces for fish — and other maritime species — to gobble up.

The researchers hope their study will eventually help identify which plastics are the worst for the environment, although "we can't eliminate plastic from our society — we are a plastic society," according to Lönnstedt.

Read more: Pollution Is Turning Your Sushi Into a Biological Weapon