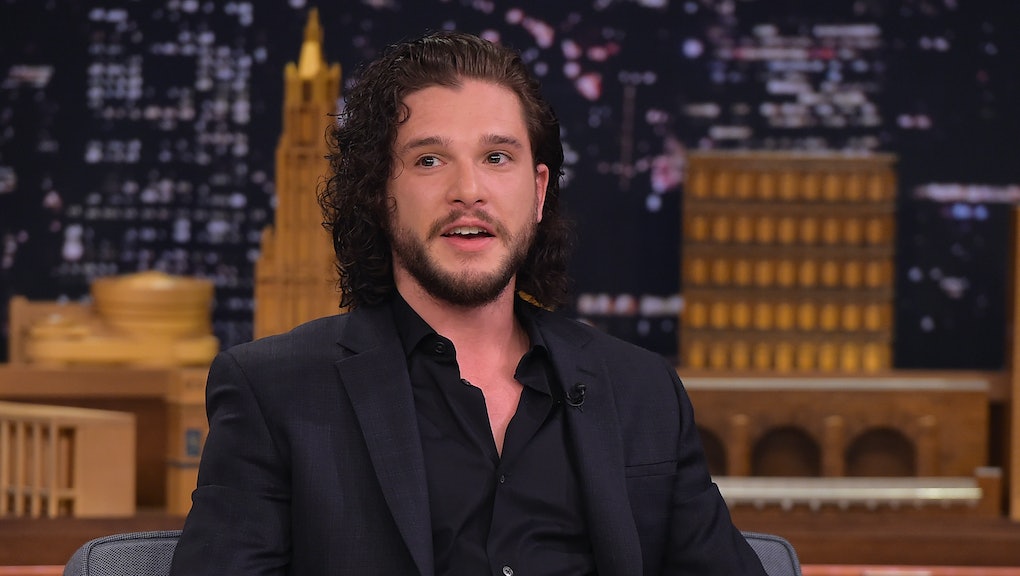 Just Like Drake, Kit Harington Shaved His Beard — and Lost All His Hotness

One of the internet's foremost boyfriends — behind Oscar Isaac and Rami Malek — broke hearts this week when he revealed that he believes reverse sexism is real. Wednesday, the Game of Thrones star added fuel to the fire by shaving his beard.

(What's next? We find out he's related to Stacey Dash?)

A few days ago, Harington went out to greet fans in London following a West End performance of Doctor Faustus, and he showed up freshly shorn. Although his luscious, gelled locks are still in place, his beard, which so lovingly hugged his face for his entire profitable career, was gone.

Please, just look at this side-by-side.

Where did the hotness go? Did it dissipate? Did it flock to someone more deserving? We deserve answers, Harington.

Given that he is one of the internet's boyfriends, Twitter users had a lot to say.

The new look sent panic through throngs of Game of Thrones diehards not because he is exponentially less attractive, but because the beard could have something to do with the fate of his character, Jon Snow.

Harington's newfound baby-face comes at a time when the internet is still quivering at the thought that Drake, a man whose rap career is built on a pile of matching sweatsuits and rather beautiful facial hair, had shaved his face.

Just weeks ago, Drake cruelly teased on Instagram that he had shaved, thus losing all of his hotness as well. A real headline from Jezebel: "Drake, What the Fuck?"

The internet was having absolutely none of that either.

Given that it's been scientifically proven that people really, really like men with beards, this sort of reaction is understandable. However, we really don't need to have a massive freak out because a beard can grow back. In this case, thank goodness it can.