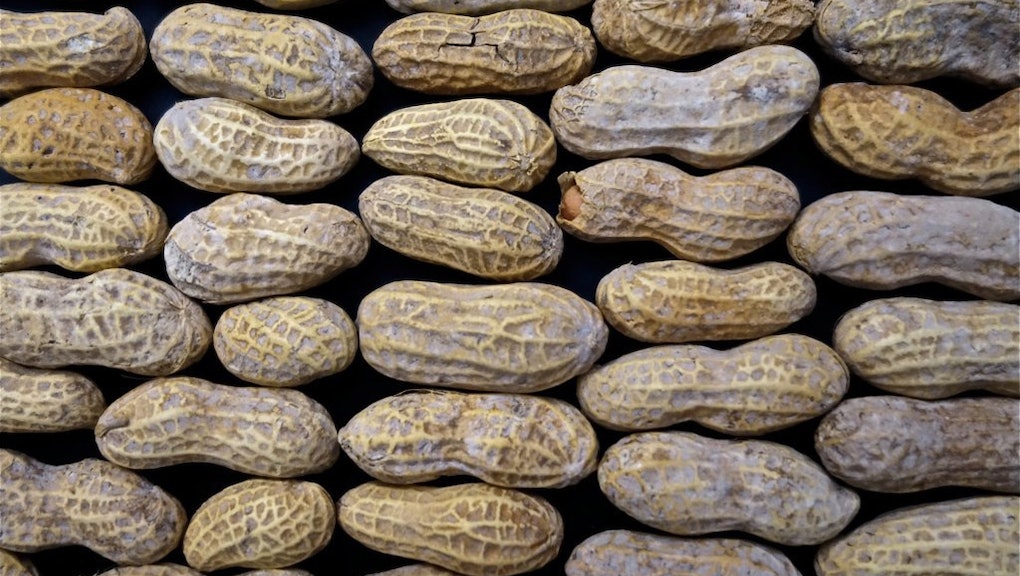 A team of scientists from the University of Western Australia have identified alterable genetics in peanuts that would sidestep the allergy response in people, bringing us one step closer to worldwide enjoyment of the PB&J.

When decoding the DNA of peanuts, the scientists looked for the genomes responsible for allergen levels and yield, with the aim of making peanuts easier to grow and consume. More specifically, a better peanut would help farming communities improve their yields, especially in countries like Senegal and India where peanut-growing productivity is lower.

"So if we can develop superior varieties which give higher yield, [the farmers] will really benefit, and those varieties with less allergens then they can go to the international markets," Professor Rajeev Varshney from the International Crops Research Institute for the Semi-Arid Tropics said, according to the Australian Broadcasting Corporation.

According to Varshney, in West Africa and Asia, peanut harvests can "sometimes have high levels of microtoxins." Typically, the peanuts don't even make it to Europe or the United States.

This could be effective, since peanut allergies are becoming more prevalent. From 1997 to 2010 in the United States, the population of children with a peanut allergy increased by threefold.

The scientists need more time to test, develop and perfect the super peanut for actual agricultural use. Still, "this discovery brings us that one step closer to creating peanuts that will have significant benefits globally," Varshney said in a statement.

Read more: Scientists May Have Discovered How to Stop Your Peanut Allergies for Good