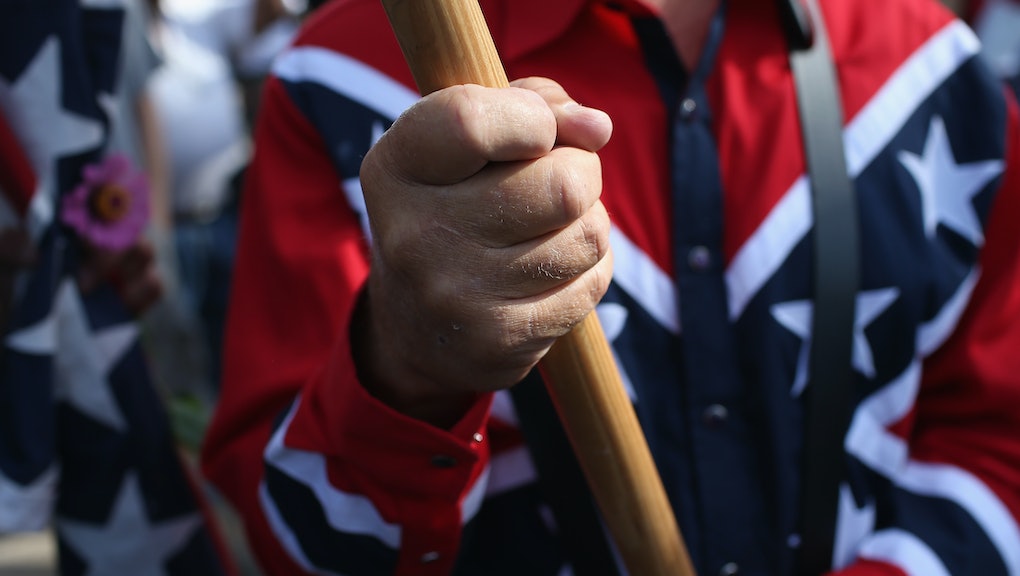 A bold, presumably hormone-addled student at Nicolet High School in Glendale, Wisconsin, did that thing teenagers do where they unfurl the Confederate flag in class and declare it "White Privilege Day."

Needless to say, the school has asked the student to take some time off.

According to local ABC affiliate WISN, Nicolet administrators suspended the child after the incident Wednesday, calling the student's actions disruptive and upsetting to fellow students.

"This action disrupted the class and upset many students," Principal Gregory Kabara said in an email to parents.

"While district policy allows for students to initiate conversation about a controversial issue, it must be presented in the ordinary course of classroom instruction and cannot be disruptive to the educational setting."

It remains unclear what the student's intentions were, but it's probably no surprise — to the student or anyone else — that whipping out a white supremacist symbol in the middle of a classroom would earn some form of punishment.

This is especially true in light of recent public debates: The Confederate flag's status as a hate symbol — having represented Southern states who supported the institution of slavery during the U.S. Civil War — sparked heated debate last year after white supremacist Dylann Roof killed nine black people at a church in Charleston, South Carolina.

The debate, which has been going on in one form or another for decades, prompted government officials to remove the flag from its place over the South Carolina Statehouse grounds — where it had flown since 1961.

Meanwhile, it took Nicolet students and administrators a fraction of the  the time South Carolina did to openly denounce the flag and its hateful connotations.

"I think it's a really terrible thing to happen for our school," Hannah McBride, a graduating senior, told WISN. "I don't think it's an accurate representation of the student body at Nicolet."