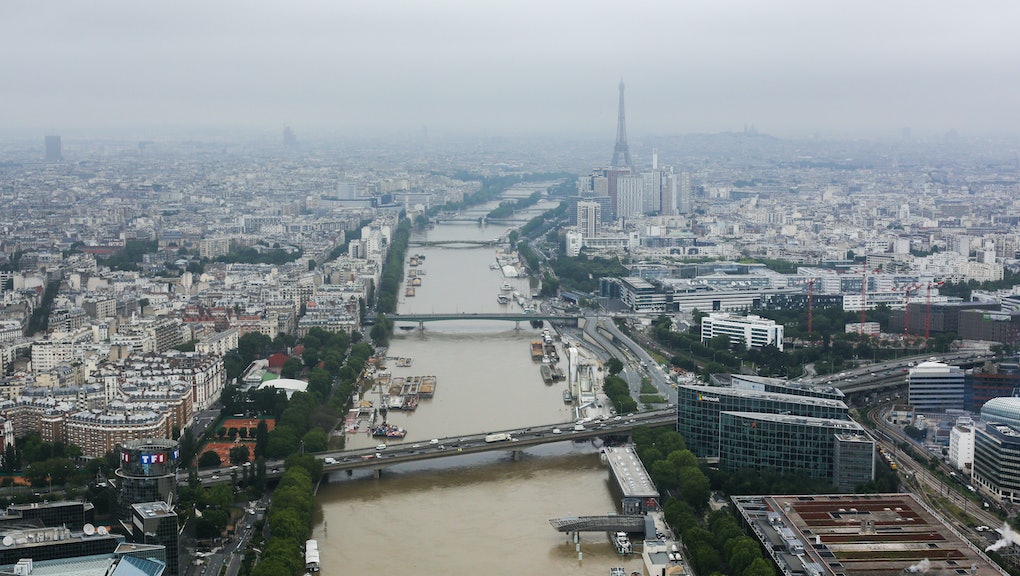 Watch Paris' Extreme Flooding Up Close on These Vine Videos

Paris and other parts of Europe are currently experiencing severe flooding and downpours, in what President Francois Hollande has called a "natural disaster," according to Newsweek.

The torrential rain has disrupted daily life in the City of Lights, as rising water from the Seine River has closed down public pathways and transportation and forced people to evacuate their homes.

The flooding has also affected the homes of famous artwork: Paris' art museums, like the Louvre and Musée d'Orsay, have brought their valuables to higher levels to protect them from the threat of possible water damage.

Historically, the Seine floods Paris at a catastrophic level about once a century, according to the Independent, and the city is overdue: The last occurred in 1910.

By Friday, the river is expected to reach a peak between 20.7 and 21.3 feet, according to the New York Times — its highest levels since 1982, though not yet approaching the 26 feet it reached in 1910.

Back in March, the city went through a two-week exercise of walling up metro stations and sounding an alarm as a precaution for flooding at the 1910 scale — though officials predicted only a 1% chance for another catastrophic Paris flood occurring in any given year, they said "It will happen," according to Quartz.

Read more: These Sri Lanka Flooding Photos Show the Devastating Effects the Landslides Have Had