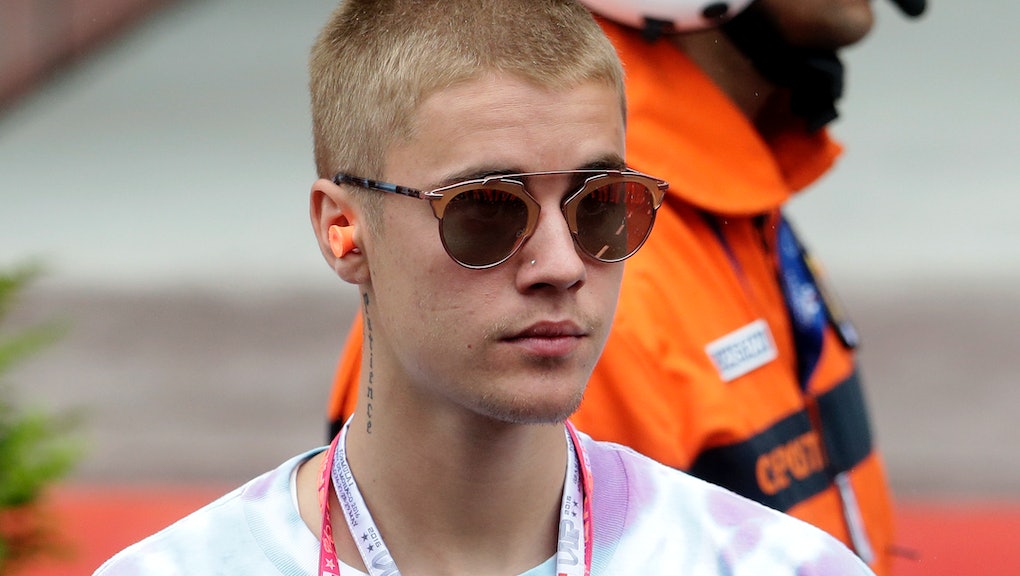 On the heels of Kim Kardashian West's newest Kimoji rollout, Justin Bieber released "Justmoji" in the Apple store on Friday, the likes of which are a testament to every hair style, iconic outfit choice and questionable decision the 22-year-old artist has ever made.

Among the Bieber-inspired emojis in the "Justmoji" catalogue are blonde Bieber, Bieber with an undercut, Bieber who runs his hands through his hair and Bieber who needs his roots touched up.

There's Bieber rocking shades, Bieber taking a shirtless selfie and Bieber clasping his hands together because he is "so blessed. So moved. So grateful."

The emojis seem to say, "Bieber — he's just like us!" He does the Home Alone scream. He winks. He side-eyes. He cries real tears.

And he's forthcoming about some of his less-than-shining moments: Like when the 22-year-old peed in a restaurant mop bucket.

Or when he told fans he wouldn't pose for photos with them.

Be the Bieber you wish to see in the world.