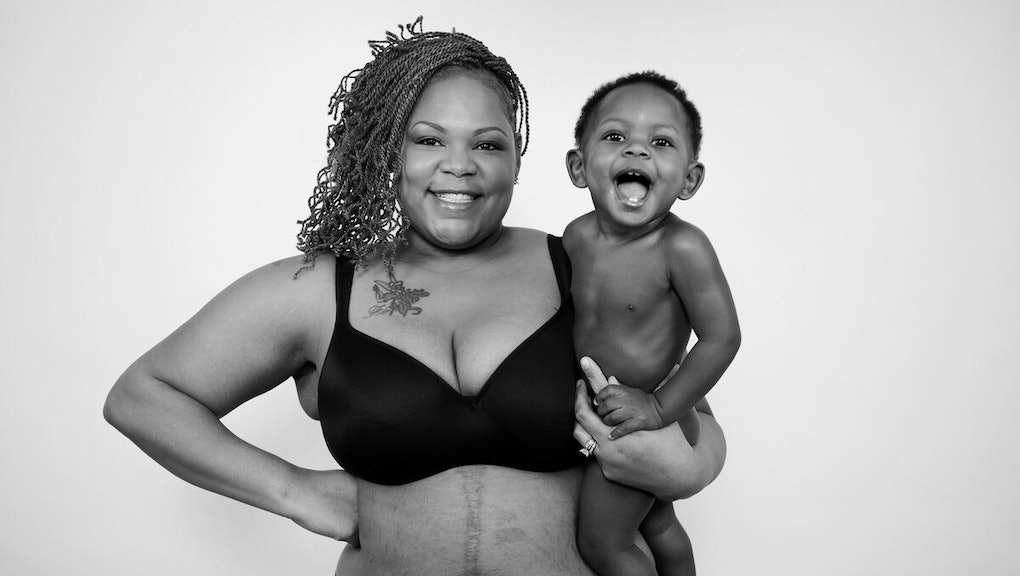 Empowering Portrait Series Shows Mothers' Bodies as They Really Are

"In doing intimate photography with women ... we started to hear a lot of dialogue from women about their flaws and inadequacies," Wells said. "I've had women tell me I can't photograph the right side of their face."

It was clear to Wells that many of the women she met as a photographer were struggling to feel good about their bodies — even though she thought they were beautiful.

But it wasn't until something happened in her own life to change her feelings about her body that Wells really felt like she understood.

Wells' pregnancy with twins had complications — one of her daughters, Aurora, was stillborn, and the other, Nova, was delivered prematurely. Wells' own body had trouble healing after her c-section.

"All of that compounded to make me feel self loathing," Wells said. "I felt like less of a woman."

That's when Wells had the idea to begin photographing mothers. "I wanted for us to see bodies as beautiful."

She started the 4th Trimester Bodies Project in June of 2013. Two months later, she took it on the road. She's even published a book of photographs from the series.

Since starting in 2013, Wells has photographed more than 1500 women in eight countries.

"I have learned how strong and resilient and amazing women are," Wells said. "We're all so much the same, particularly when it comes to motherhood."