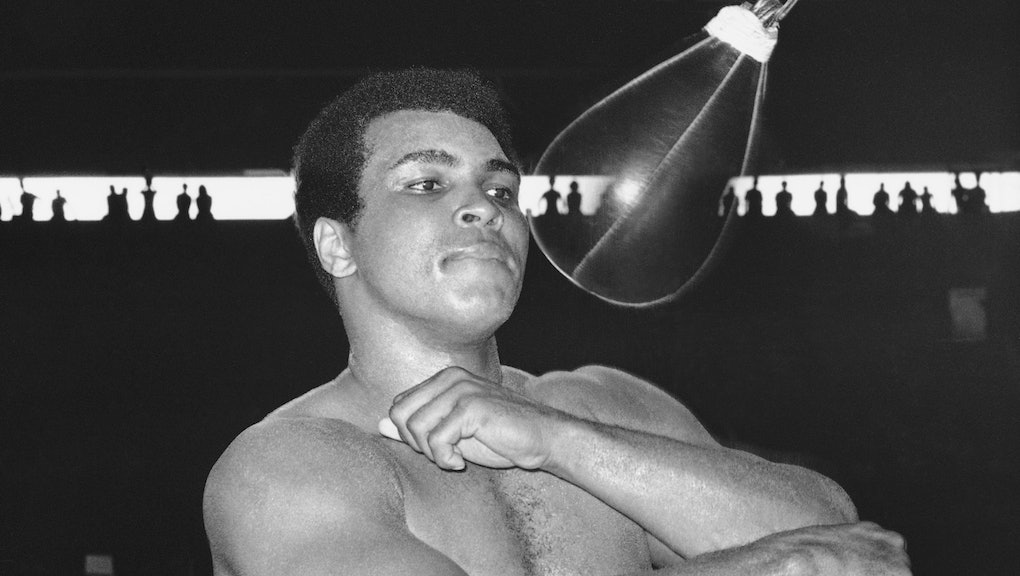 While the world collectively mulls his athletic legacy, one of his biggest accomplishments took place outside the ring: In 1967, Ali — by then an Olympic gold medalist and heavyweight champ — refused to be drafted into the U.S. military, which was fighting the war in Vietnam against Communist guerillas. After he told a reporter "Man, I ain't go no quarrel with them Viet Cong," Ali was roundly criticized by other boxers, sports columnists and even congressmen.

"Why should they ask me to put on a uniform and go 10,000 miles from home and drop bombs and bullets on brown people in Vietnam while so-called Negro people in Louisville are treated like dogs and denied simple human rights?" he added, the Houston Chronicle reported.

In another interview, Ali explained his reasoning further: "My conscience won't let me go shoot my brother, or some darker people, some poor, hungry people in the mud, for big powerful America, and shoot them for what?" Ali explained in another interview. "They never called me nigger, they never lynched me, they didn't put no dogs on me, they didn't rob me of my nationality, rape and kill my mother and father."

"Shoot them for what?" he added. "How can I shoot those poor people? Just take me to jail."

Ali cited his Islamic faith as prohibiting his deployment to war. The government disagreed. An all-white jury convicted him of draft evasion, and Ali was sentenced to five years in prison and a $10,000 fine. Additionally, his boxing titles were revoked and he was banned from the sport for three years.

Ali took the case all the way to the Supreme Court, eventually winning a unanimous victory in 1971, in which the court agreed "Ali met the three standards for conscientious objector status," the New York Times reported. "That he opposed war in any form, that his beliefs were based on religious teaching and that his objection was sincere. His conviction was reversed."

In 1974, he defeated George Foreman and once again won the heavyweight championship title. But beating the U.S. government over Vietnam was its own fight with higher stakes, from which Ali emerged undiminished.