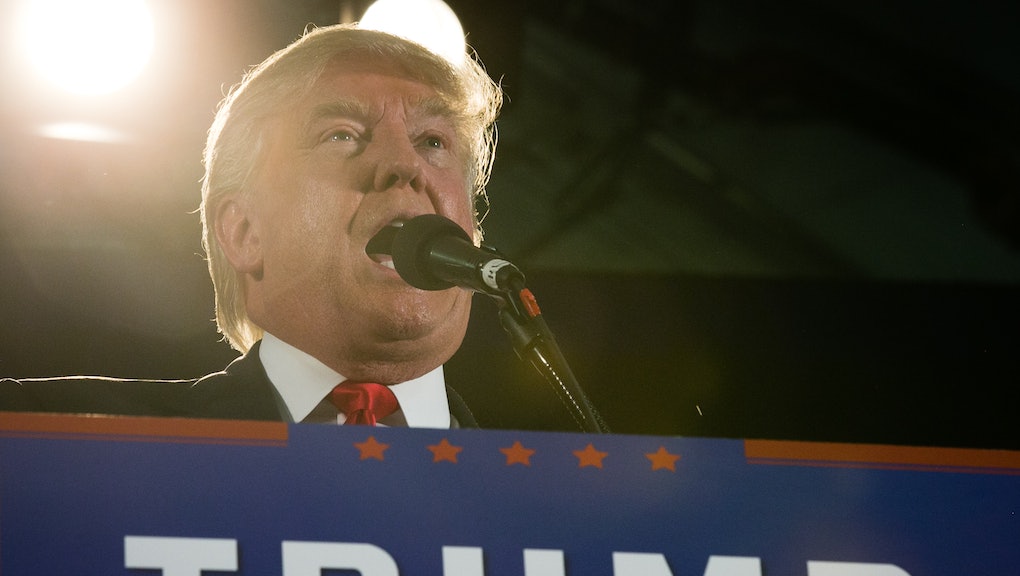 Contradicting a December tweet in which he knew of no Muslim heroes, Donald Trump tweeted in memory of the late Muhammad Ali, who died Friday night, calling him a "great champion" and "wonderful guy."

"Muhammad Ali dead at 74! A truly great champion and a wonderful guy. He will be missed by all!" Trump tweeted after midnight EST on Saturday.

Here's the problem: In a tweet from December criticizing President Obama, Trump could think of no great Muslim athletes.

Several Twitter users wasted no time reminding Trump of his previous Tweet, in which he forgot Ali existed.

Trump's tweet was in response to Obama's address from the Oval Office in December 2015, in which he touched on the growing Islamophobic sentiment in the United States. This sentiment led to 2015 being called the worst year on record for mosque attacks.

Trump's praise of Ali contradicts not only his previous inability to remember that he existed, but Trump's anti-Islam and anti-Black Lives Matter rhetoric.

Ali spoke often about his religious identity as a Muslim, and he was also outspoken about the many reasons black lives matter in America. Meanwhile, Trump has proposed a ban on Muslims entering the United States and forcefully removed Black Lives Matter protesters from his rallies.

Looks like Mr. "Make America Great Again" has a lot to learn from the Greatest of All Time.