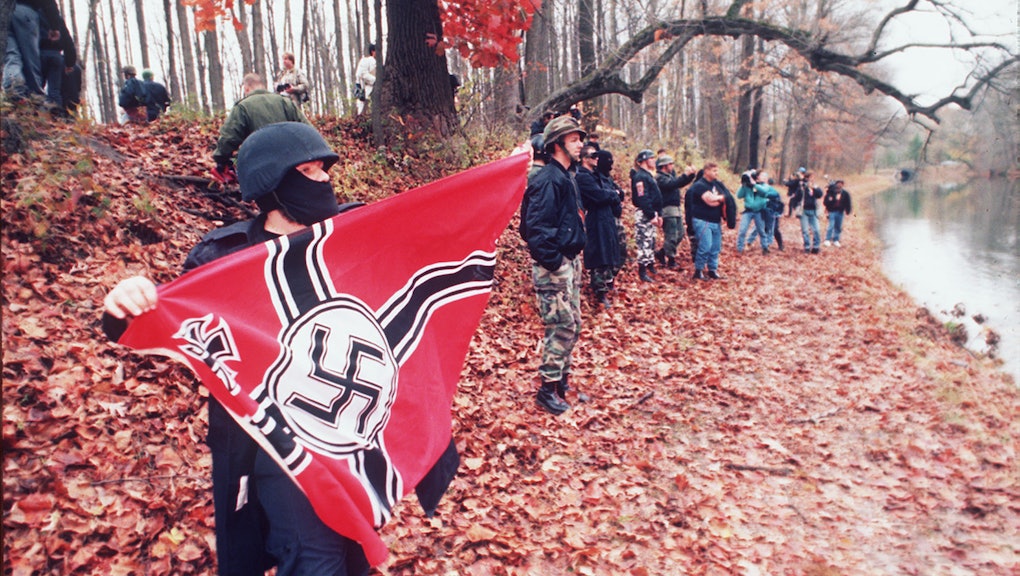 Earlier this week, Mic reported on (((echoes))), the signaling method used by the Neo-Nazi alt-right movement to identify and target Jewish internet users by putting their names in triple parenthesis.

Anti-semitic white nationalists also wield the symbol through the use of a Google chrome extension, known as "Coincidence Detector", which draws from a preprogrammed list of Jewish surnames.

The coverage got the attention of prominent Jewish writers, who immediately decided to appropriate the symbol for use with their own names in an attempt to preemptively subvert the efforts of hateful trolls.

Yair Rosenberg, a senior writer at Tablet Magazine, put out a call to action on Twitter.

Jeffrey Goldberg of the Atlantic condoned cultural appropriation — but only if it was to the detriment of Neo-Nazis.

Writer Laura Adkins' proud proclamation of "Shabbat Shalom to all" was accompanied by Lady Liberty herself, encased in (((echoes))) parenthesis.