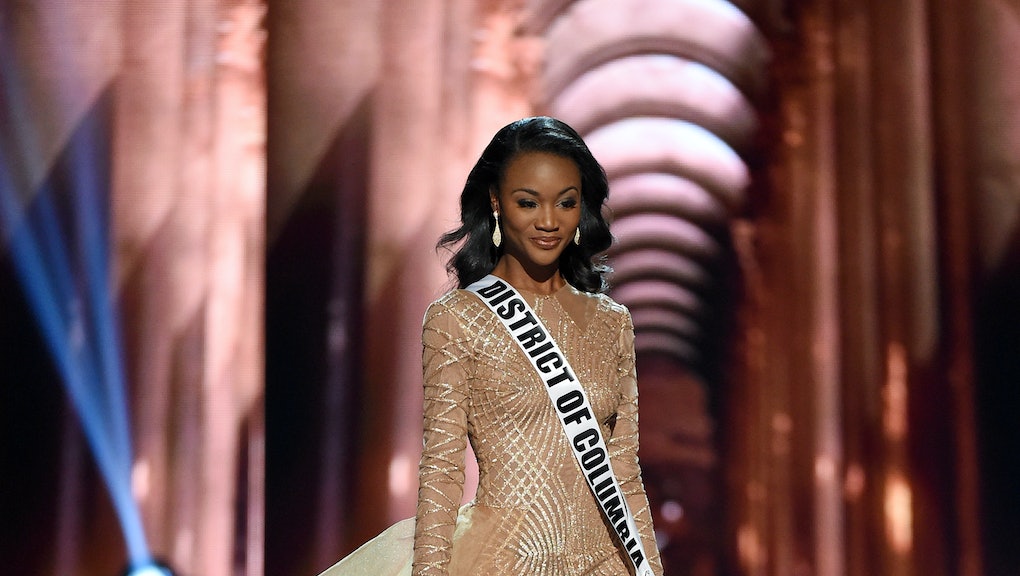 Miss District of Columbia USA Deshauna Barber is a commander in the United States Army. When a Miss USA 2016 judge asked how she felt about the Pentagon's decision to open all combat roles to women, she made one thing perfectly clear: Women are just as strong as men.

Judge No. 2 asked the contestant if political correctness is being put above the military's ability to perform at the highest level. After giving some excellent side-eye at the mere suggestion that women in the military were somehow less capable than their male counterparts, she proceeded to slay with her answer:

"As a woman in the United States army, I think it was an amazing job by our government to allow women to integrate into every branch of the military. We are just as tough as men. As a commander of my unit, I am powerful, I am dedicated — and it is important that we recognize that gender doesn't limit us in the United States Army," Barber said.

Twitter immediately crowned her a winner and praised her killer confidence.