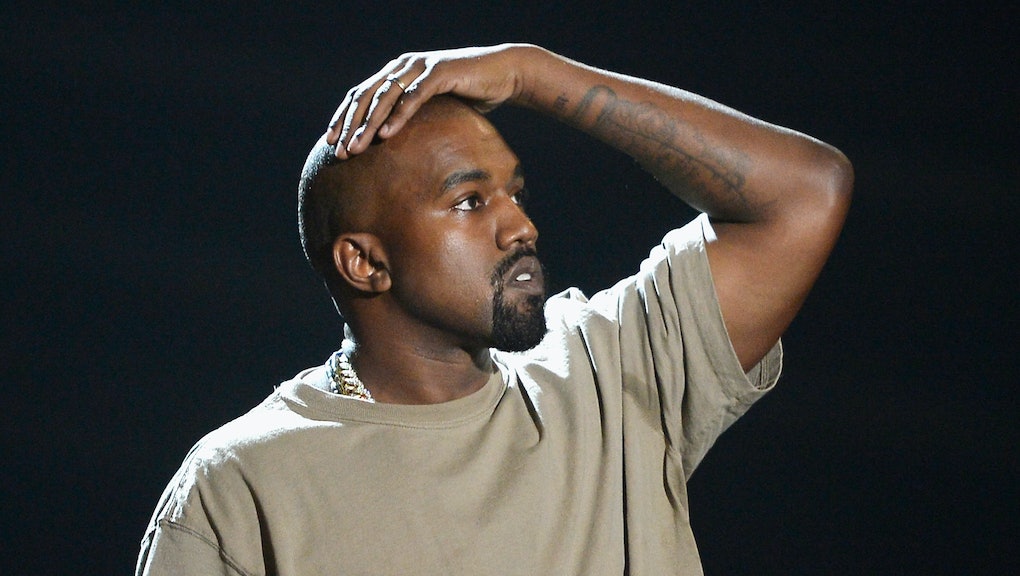 Go home, Kanye West fans. That was the message that rang loud and clear on Sunday night, as The Life of Pablo rapper and his pal Travis Scott drove around New York City with the moon roof open trying to find a place to play their music in peace.

The New York Daily News reported there were at least 4,000 "anxious Yeezus followers" swarmed Webster Hall, a concert venue in Manhattan, after it was rumored West and Scott would perform there. The unparalleled hype was likely brought on by the fact his headlining show for the final night of this year's Governor's Ball on the nearby Randall's Island was cancelled the same day due to weather.

"Show at 2 a.m. sold out," West tweeted, causing fans to flock to the concert venue where the hitmaker's pal Vic Mensa was performing. One person was arrested outside of the concert hall for disorderly conduct.

"There is no late show at Webster Hall tonight," the venue responded. "Please get home safely."

A storm rolled in as the two men stuck their heads out of their car literally searching for somewhere to go after Governor's Ball was canceled. As West tried to part the crowd outside Webster Hall like Moses, his wife Kim Kardashian West did her part in documenting the entire experience on her Snapchat. At one point the car was essentially stalled in the middle of an ever-widening crowd of fans screaming at the artists.

Kardashian West's Snapchat also showed West saying on his phone, "Call the mayor and shut down the block about four streets and put screens up so they could have a party outside. I heard it was sold out already."

"Alright guys we're in bed, we tried," Kardashian West said while pouting to her millions of fans on the social platform. "He tried so hard but it was just bigger... the cops just really wouldn't allow it."

Unfortunately, it looks like the mayor was the only one sleeping on Yeezus Sunday night. #Kanye2020.