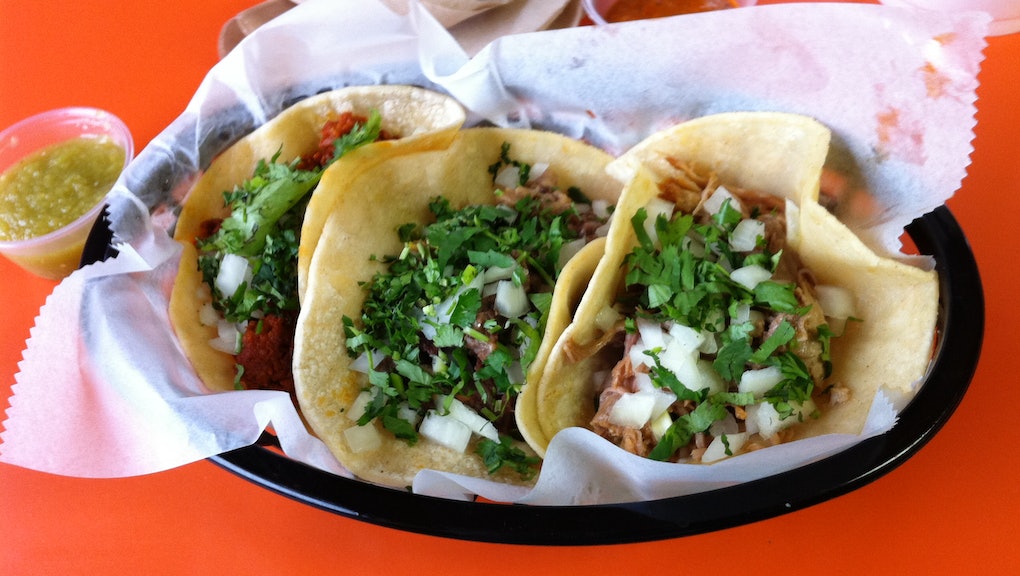 A man intended to end his life by jumping off a bridge in Mexico City, but tacos (and non-edible guidance) helped save his life.

Feeling defeated and lonely, the unnamed young man was about to jump off a bridge on Ticomán and Insurgentes Norte last Tuesday morning, Remezcla reported.

Police officers found him slightly drunk and chatted with him for a few minutes, convincing him to step off the bridge ledge. After offering to treat him to tacos, the man responded, "Yes, tacos sound good."

They indulged in several tacos at the taco stand at the Gustavo A. Madero, SDP Noticias reported. The police later took him to a mental health facility.

"We tried to convince him that life is beautiful and that he doesn't have to end it like that,"

If someone shows serious intent to harm themselves or commit suicide, experts recommend asking simple, non-judgmental questions to give them the opportunity to safely express pent-up negative emotions. You should not leave them alone — seek help immediately.

And if this man's story is any indication, ordering tacos might not hurt, either.