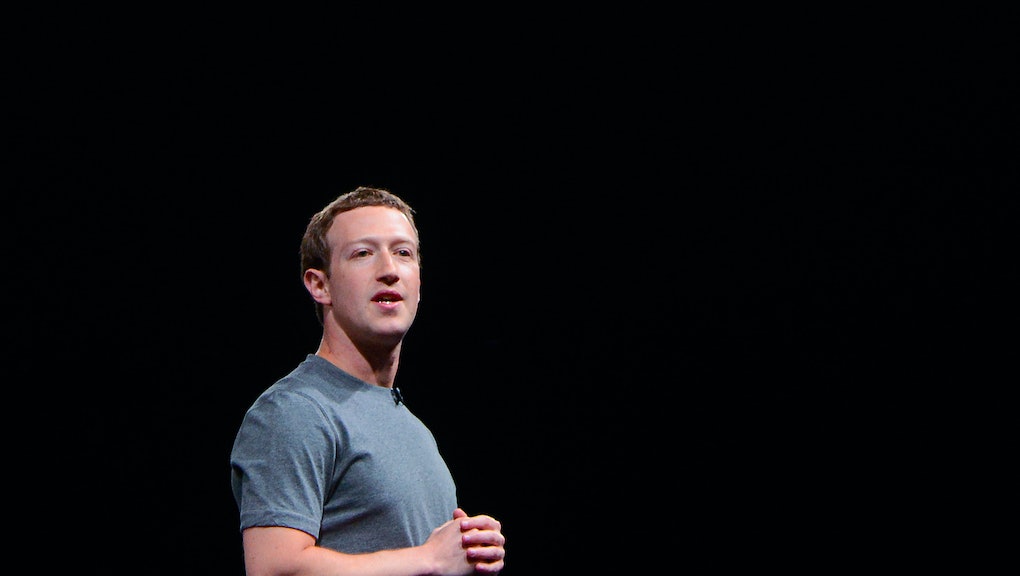 Both Zuckerberg's Pinterest and Twitter were hacked over the weekend by the OurMine Team, who recently hacked the aforementioned DJ's SoundCloud account. They claimed, on a now-deleted Tumblr page, to have previously hacked Youtuber PewDiePie, a few other YouTube stars and the creator of Minecraft.

Zuckerberg's accounts have since been restored, and besides proving that even the social network overlord can suffer from security vulnerabilities, the OurMine Team didn't reveal any scandalous information. Well, except for Zuck's alleged Twitter password, which the hackers claimed came from the LinkedIn database — 117 million usernames and passwords have been reportedly put up for sale on the Dark Web, a collection of publicly accessible websites whose ownership is obscured.

The OurMine Team claims its hacks are just innocent security checks. When they hacked into Deadmau5's SoundCloud, they said they just wanted to "teach him how to secure his account!" Same goes for Zuckerberg. The team's new Twitter account (its original one has been suspended for unspecified yet very obvious reasons) tweeted that they "are saving people from other hackers!"

The Facebook founder wasn't the only notable figure hacked — Keith Richards, Tenacious D, Kylie Jenner and the late Ryan Dunn also all had their Twitter accounts overrun, the Verge reported, though the OurMine Twitter account is only taking responsibility for Zuckerberg's. They also reportedly tweeted at Bill Gates, claiming to have infiltrated his accounts as well, but at the time of writing this Gates' accounts seem to be intact.

Celebrities — when's the last time you ran a virus scan?