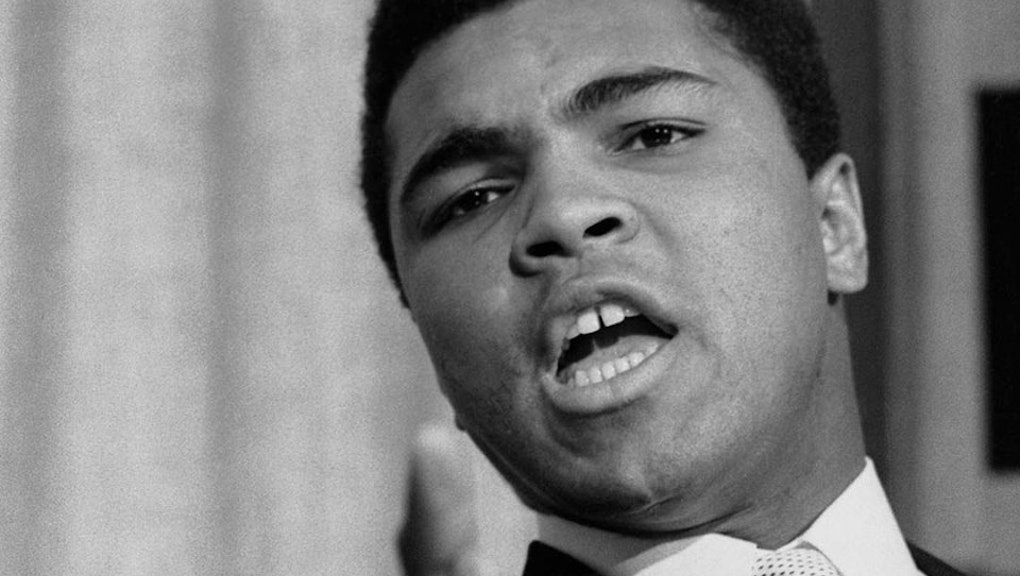 Muhammad Ali, who passed away Friday, was beloved by millions for his sharp wit and his outspoken self-love as a radical black Muslim — but that hadn't always been the case.

In 1974, one month after knocking out Joe Frazier in the infamous "Thrilla in Manila" world championship fight, Ali made an appearance on the Phil Donahue Show, where he answered questions from a mostly white audience on his Islamic faith, boxing career and retirement plans.

In resurfaced footage, the then-32-year-old boxer shoots down a white woman who criticized his "arrogance":

The woman in the video goes on to imply that she also deals with oppression as a minority because she's from England. The world famous boxer gave her a brutally honest reality check.

WOMAN: Listen, I'm in the minority in this country.

Then another white woman offered a more traditionally "white feminist" defense, implying that women face more obstacles than many black Americans. The legendary fighter wasn't having any of it.

WOMAN 2: She's a woman though

For Ali, telling the world that he is "the greatest" was about fighting against the prejudice and discrimination directed at black Americans.

His behavior was often framed as arrogant, but given the racism black Americans faced at the time, it could be argued that instead his words were an act of radical self-love. Four decades later, black people continue to face pushback when taking pride in their identity.

Given the history of American racism, Ali's unapologetic retort is a timeless and resonant statement.