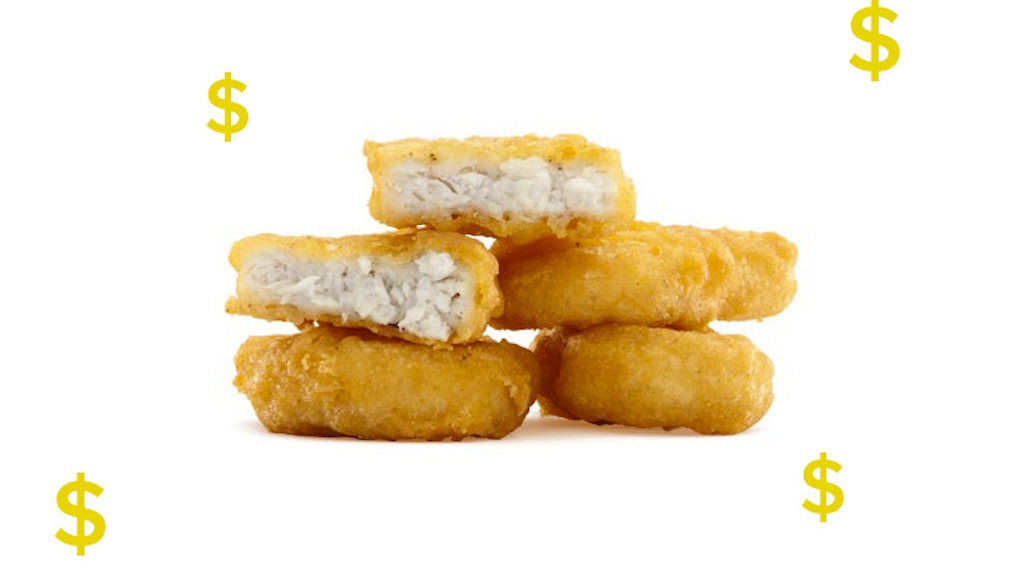 One McDonald's Contestant Will Win an 18-Karat Gold McNugget

McDonald's Japan's newest gimmick is a contest ripe for nugget enthusiasts of all kinds.

One lucky Twitter user can win a 5-piece box of Chicken McNuggets, with one, non-edible piece made from 18-karat gold, Rocket News 24 reported. To be clear, that's four edible nuggets and one 50 gram piece of gold shaped like a chicken nugget.

The contest, which runs from June 8 to June 28, requires Twitter users to attempt to identify the new "Mysterious Nugget Thief." McDonald's Japan's Twitter will reveal clues about the thief, and " [u]sing these clues, customers are asked to guess the thief's true identity and spread the word by tweeting details of their encounter with [a hashtag that] literally translates to 'Mysterious Nugget Thief,'" Rocket News 24 reported.

The gold nugget is reportedly worth $1,500, according to Fox News.

If gold is your thing but nuggets are not, there's always McDonald's golden fries campaign for potential delight (it ends June 7 — soon)!

If there's one thing to take away from these new campaigns, it's that McDonald's Japan believes a precious metal will help sell its food.