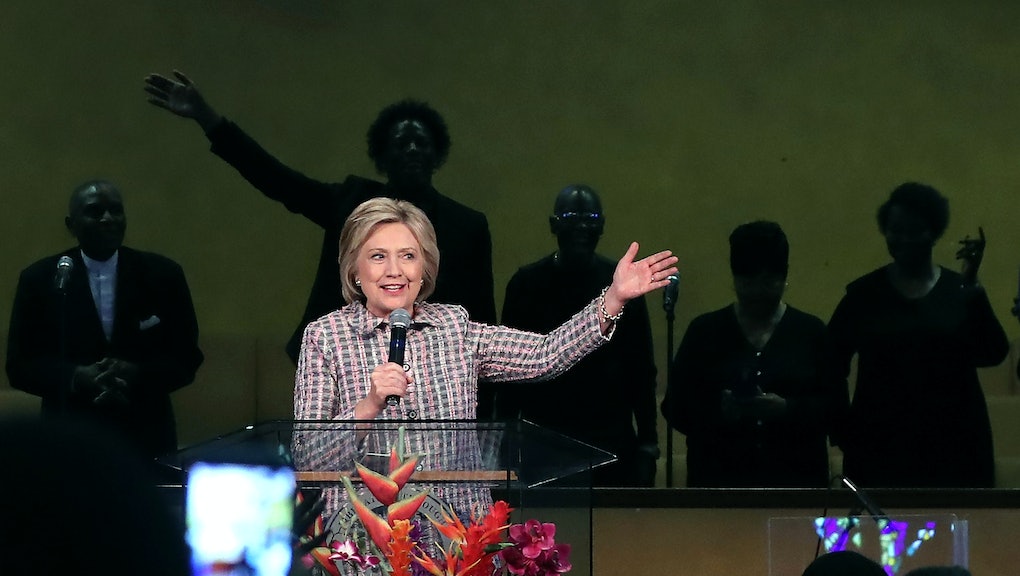 The State Department will delay the release of emails between former Secretary of State Hillary Clinton and her aides concerning the Trans-Pacific Partnership, a massive international trade agreement Clinton promoted while a member of President Barack Obama's administration but has since ostensibly opposed.

That's the word from the International Business Times, which issued a Freedom of Information Act request for all emails sent between Clinton's office at State and the U.S. Trade Representative that "specifically asked for all such correspondence that made reference to the TPP." The agency responded, saying the records would be released in April 2016, but now tells IBT the records won't be made available until late November — after the upcoming presidential election.

According to IBT, the State Department's updated timeline for the release of the information is a total of 489 days, even though most simple records requests at the agency take 111 days.

"In my opinion it is more incompetence than maliciousness, but either way, it is a gross error by FOIA processors to not get these documents out before the election," National Security Archive staffer Nate Jones told IBT. "Their inefficiency is doing great harm to the democratic process."

The communications in question are important because they may reveal just how deeply the former secretary of state was involved in the deal's construction — and potentially catch her in a two-faced moment on a crucial electoral issue. As such, the department's decision to process the request slowly is convenient for her campaign.

As IBT reported last year, leaked State Department communications revealed Clinton's agency was heavily involved in the negotiation of the pact, which critics say will kill jobs and undermine U.S. labor and environmental protections. Under pressure from her primary opponent, Vermont Sen. Bernie Sanders, Clinton backpedaled her support of the deal.

In 2012, Clinton said the "TPP sets the gold standard in trade agreements to open free, transparent, fair trade, the kind of environment that has the rule of law and a level playing field. And when negotiated, this agreement will cover 40% of the world's total trade and build in strong protections for workers and the environment." But by October, Clinton was telling PBS Newshour, "As of today, I am not in favor of what I have learned about it ... I don't believe it is going to meet the high bar I have set."

Read more: Hillary Clinton Ridicules Donald Trump to Within an Inch of His Life