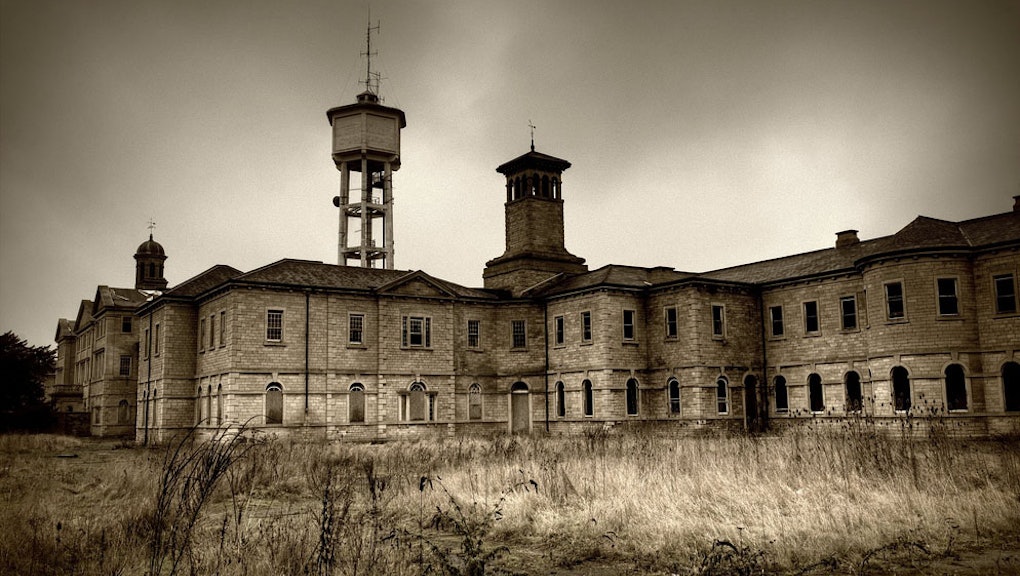 Joe Booth, 47, figures he's only alive because one person out of dozens responded to letters he'd written begging for help. Serving time in a state prison near San Diego in 2009 for making a death threat against a man who defrauded his ailing mother, he was transferred to a cell with a prisoner who was serving life for a brutal rape.

Booth, who is openly gay, said that at the time he presented himself as "very effeminate," with long red hair to his waist. On his first day in the new lockup, his cellmate caught a rat. As he was torturing the animal, he glared at Booth and told him that he had power over life and death. Booth took that as a threat and got an appointment with a prison psychiatrist to request a new cell.

"I was looking for an exit, anything that would get me out."

The psychiatrist listened to his story and said she'd have him moved. But when he left the room, guards took him right back to the same cell (Booth speculates she was overruled). That night, as he was sleeping on the top bunk, his cellmate grabbed his ankle, yanked him onto the floor and raped him. The same happened each of the next three nights.

"I was looking for an exit, anything that would get me out," Booth said of those four days. "I'd close my eyes tight and hope that when I opened them I'd be somewhere else."

Every day, he begged guards and mental health staff to move him, but they laughed, figuring it was merely a "lovers' quarrel," he says. The fifth day, he decided to yell for help until he got a guard to pay attention. After an hour, one came over and got him switched into a solitary holding pen.

Booth felt suicidal. He needed medical care and wanted to file rape charges, but the guards at the prison paid him no mind. So he started writing letters — dozens in all — to every organization he could think of.

The only person who responded was a volunteer advocate at San Diego's Center for Community Solutions, a local rape crisis center, which succeeded in scheduling a rape exam for Booth. When guards finally transported him to a local hospital for the exam, a volunteer was waiting for him in the exam room. She asked his name, touched his hand and said she knew he'd been raped and that it wasn't his fault. "Getting in contact with that volunteer saved my life," Booth said.

Prison rape is shockingly common even 13 years after passage of the federal Prison Rape Elimination Act, or PREA. Nearly 200,000 prisoners were sexually abused in 2011, according to the Bureau of Justice Statistics. Of those raped by another inmate, more than one-third were transgender or gay prisoners; 7 percent were women.

And those are just the reported numbers, which could be just a fraction of what's actually happening. Sexual assault in prisons is at least as underreported as it is on the outside, says American University law professor Brenda Smith, who served on the now-disbanded National Prison Rape Elimination Commission. In the general population, fewer than one-third of rapes are ever reported to the police.

PREA sets standards for prison rape prevention — like eliminating cross-gender strip searches and installing video monitoring — that states must ensure they're working to implement. States that do not comply forfeit 5 percent of the federal money they use to run their prisons. PREA standards also require prisons to partner with victims advocates to get services to inmates who have been assaulted.

For inmates who are sexually assaulted, getting help from outside has until recently been nearly impossible. But now some states and counties are making help easier to get by setting up prison sexual assault hotlines. A 2013 report from the Bureau of Justice statistics shows one reason being able to talk to someone outside matters: Prisoners are raped more often by staff than other inmates.

A handful of states — Virginia, Vermont, Washington and New York — and individual prisons are contracting with rape crisis providers to run hotlines. In San Antonio, the county jail approached the city's Rape Crisis Center two years ago to staff a hotline. Since then, the center has expanded the service to 15 other detention facilities in Texas and one in Mississippi, says the center's Deana Buril. In New York state, one rape crisis center reports that they contracted for 500 minutes of cell service annually to run their hotline when they started in 2014. They burned through those minutes in the first month.

Had Booth been in another California prison, he might have been able to get help before he was attacked. One rape crisis center — the Women's Center High Desert East of Bakersfield — has been staffing one of the nation's longest-running prison rape hotlines and offering counseling services since 2006 for inmates at the nearby California Correctional Institution. The hotline was launched as a pilot project funded by Just Detention International, an NGO that advocates for an end to sexual abuse behind bars.

The center's experience shows that the existence of PREA doesn't guarantee cooperation from prison staff. When the group first went into CCI in 2006, prison guards were mostly hostile, Women's Center rep Karin Stone said — when they were introduced to guards, they'd often turn their backs and walk away. Stone and her staff would put up posters with the hotline number in the prison yard and come back to find them gone. "Prison staff and even inmates viewed us as outsiders," she said.

So she and her colleagues started bringing the guards fresh-baked cookies and picking up coffee from Starbucks. Stone would tell them about her father and her other relatives who worked in law enforcement. When that rapport was established, guards started calling the center's main rape crisis hotline about problems in their own families. Gradually, they warmed to the counselors. By a year or two into the pilot, the sergeant who was introducing Stone and her colleagues would start with, "They're PREA, but they're cool."

There's no easy way to measure the value of offering prisoners a place to call anonymously, but those who run the hotlines said there's little doubt the service is needed. Given that perpetrators are often guards themselves, asking a prison staffer to connect them to a counselor is no solution. Numbers from Virginia's Sexual & Domestic Violence Action Alliance, which runs that state's hotline, show just how common that is. Of 637 calls the alliance has taken in which the caller identified who assaulted or abused them, 458 of those involved a perpetrator who worked for the prison.

Hotlines, outside counselors working in prisons — "all of that would have been unthinkable before PREA," says Just Detention's Jesse Lerner-Kinglake.

But nationally, he and other PREA advocates say the law's gains are in jeopardy. Since 2012, states have been required to move toward fully implementing PREA's standards, which can make the law's zero-tolerance-for-prison-rape mandate a reality.

To keep their federal funding, states simply have to provide written assurance that they intend to comply with the standards — there's no deadline, and states don't have to provide details of what they're doing to move toward compliance.

And three states — Alaska, Arkansas and Utah — have refused to implement PREA at all. In Utah, for example, officials argue that their budget is insufficient to implement PREA, though they say the state is committed to the law's principles. And Arkansas governor Asa Hutchinson says his state is committed to a zero-tolerance policy on prison sexual abuse, but claims that the state can't comply with the law's prohibition of cross-gender searches because of a court case in which female corrections officers alleged discrimination in their work in male-dominated facilities.

A bill before the current Congress — the Justice for All Reauthorization Act — would fix some of that. It would give states six years to come into full compliance, require them to report their progress on eliminating prison rape and make their audit reports public. In the Senate, the bill is out of committee, though no floor vote is scheduled. In the House, it's been stuck in committee since February.

Buril of San Antonio's Rape Crisis Center says there's a good reason for the public to care about ending prison rape and getting prisoners help. It's not just that sexual assault in prison is a form of torture. It's that most prisoners will be released, and those who have been traumatized and haven't gotten counseling are more likely to land in trouble again and back in prison. "That costs all of us money," she says.

Booth has done well since he got out in 2011. He's got a steady maintenance job. Getting help to deal with his trauma was key to the stable life he now has on the outside, he says, adding, "I'm a completely different person."