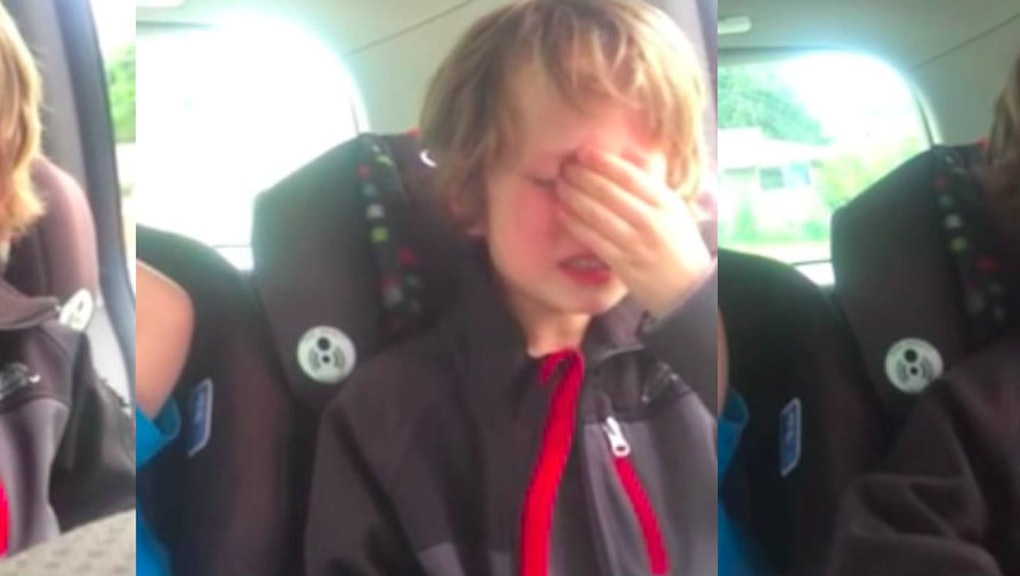 Henry Marr is only 6, but he's got a lot of feelings about how people are treating the planet.

Last week, Henry's mom filmed a video of him feeling torn up over the state of the planet.

According to his Facebook page, Henry had just seen a video in school about caring for the Earth, and it got him "all fired up."

He went off on the "dumb" people who litter — and even threatened to call them "the s-word."

Henry wants to fight them when he's a grown-up.

But his mom helps him come up with a plan to help the planet while he's still a kid — by going around and telling people to not throw trash on the ground.

After the video of his emotional rant went viral, Henry started guarding Little Mountain Park, which is near his home in Mount Vernon, Washington, and staying on the lookout for trash, the Huffington Post reported.

There's no word yet on whether he's been forced to use the "s-word" on a rule-breaker.