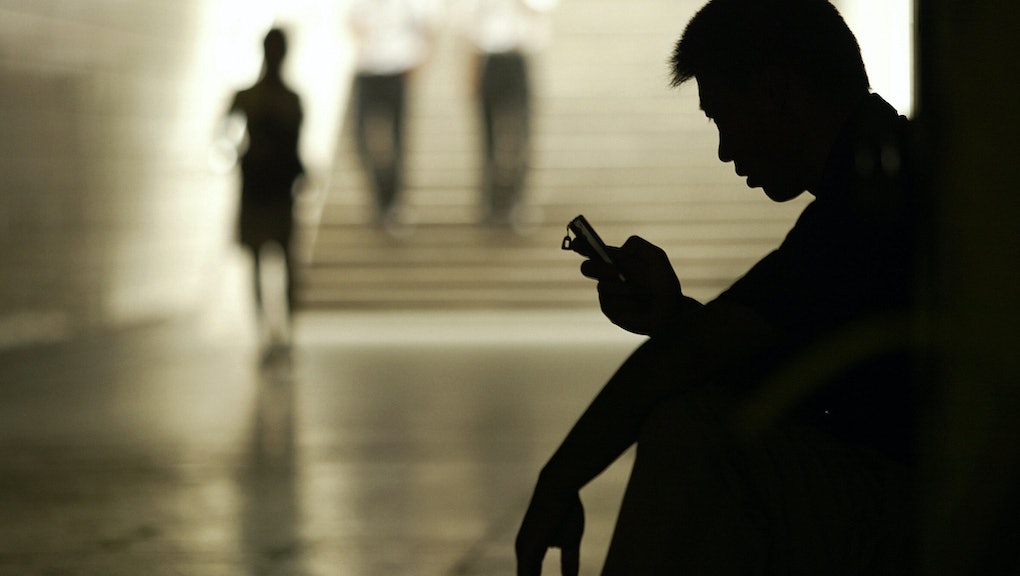 Our phones are constantly nagging us to keep up with dozens of connections at once, with texts and notifications from loved ones and distant acquaintances begging for attention. It's good for maintaining a big social Rolodex but not for maintaining good mental health.

In a study of more than 11,000 people by Dr. Alan Teo of the Oregon Health & Science University, researchers looked at what kinds of social contact had an effect on clinical depression in adults over 50. They found that only face-to-face contact could reliably prevent depression.

"People who had face-to-face contact with children, friends and family as infrequently as every few months had the highest rates of the disease," psychologist Susan Pinker wrote in the Wall Street Journal. "Those who connected with people in person, at least three times a week, had the lowest."

But texting and email? They had no effect.

That texting isn't enough to stave off depression should be a red flag for anyone who uses digital communications as the primary tool to keep up appearances with friends and family. But there's one group of Americans for whom actual, in-person contact is disappearing: America's 2.3 million incarcerated citizens.

America's incarcerated need visits most: Receiving visits is one of the most crucial ways of ensuring people in prison don't return there when they eventually get out — one study showed that a single visit decreased the chance of a felony reconviction by 13%.

But there's a movement among county jails and the private companies that handle prison communications to do away with visits entirely. Instead, they want to replace visits with a costly system called video visitation, a video conference tool that's glitchy, low-quality and exorbitantly expensive for families of the incarcerated.

Activists in Texas and California are fighting back to pass laws to set a bare-minimum in-person visitation standard for every detention facility in those states. Because for those most cut-off from human contact, peering through a screen just won't do.