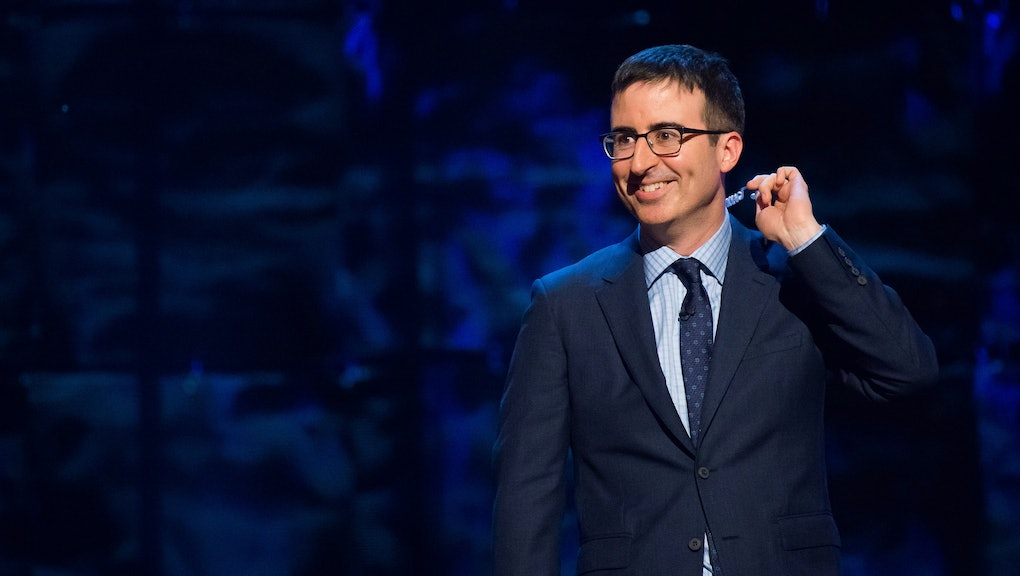 When it comes to one-time TV giveaways, John Oliver may have just ousted Oprah Winfrey from the top spot.

No, the Last Week Tonight host didn't give cars to every member of his audience. Instead, he forgave nearly $15 million worth of medical debt in Texas.

Let's backtrack. Americans have a ton of household debt — $12.25 trillion of it, according to Last Week Tonight. $436 billion of that debt is "seriously delinquent," meaning it's at least 90 days overdue and unlikely to be paid.

As the show's investigation revealed, Americans' lingering debt has given rise to a corrupt industry of debt buyers — companies that buy people's delinquent debt at super-cheap rates, then threaten them to pay those debts back, sometimes by disturbing means:

Another sign of corruption? It's shockingly easy to set up your own debt-buying company and start purchasing Americans' charged-off debts. To prove it, Oliver set up his own company — and for less than $60,000, purchased a nearly $15 million portfolio of medical debts from Texas.

Oliver could have banged on debtors' doors or threatened to eat their dogs. Instead, he opted to forgive the millions in medical debt — "the largest one-time giveaway in television show history," according to Last Week Tonight's calculations.