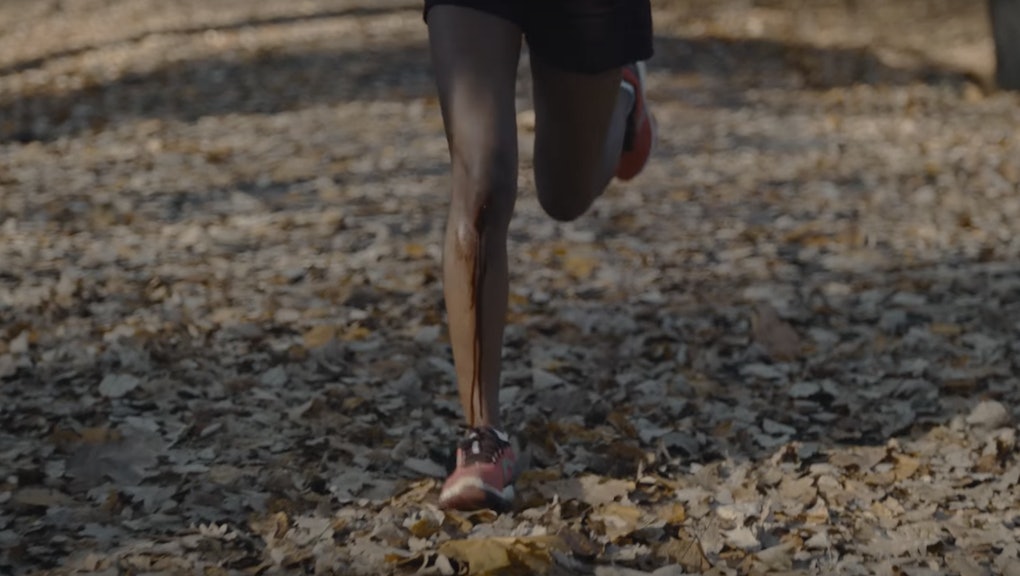 Finally, a Period Product Commercial That Uses Real Blood, Rather Than Blue Liquid of Lies

Periods can be messy. People know this. It rankles, then, when advertisers soak tampons and pads in that blue liquid used in diaper commercials to highlight their absorbent capacity. In no world is the menstrual cycle so neat and tidy as in the world of television. Which is not necessarily surprising, but it is annoying. Enter Bodyform, a British company that features ads  with real women bleeding real blood, Refinery29 reported.

"No blood should hold us back," the slogan in a Bodyform TV spot titled "Blood" reads. In it, female athletes bloody themselves up while playing their sports. There's the boxer with a broken nose, the ballerina with bleeding feet, the rugby player scraping shins on turf.

They fall, the get up, they play on, all of them unbothered by a little blood. Sort of like period-having people do during the three to five days that make up the average menstrual period many experience monthly. It's not the fragility-turned-to-sunshine-by-the-magic-of-Playtex narrative the traditional tampon commercial would have us believe.

For many on social media, the honest and empowering portrayal of a period makes a welcome change:

According to Stylist, "Blood" — the creation of AMV BBDO, a London advertising agency — is part of Bodyform's Red.fit program. The goal: To teach how changing hormones affect nutritional needs and exercise regimens. The ad should also teach a lot of misinformed individuals what periods are really like — messy, but not a bloody onslaught that knocks us out of the game.

Read more: These Period Panties Allow You to Bleed All Over Your Least Favorite Politician