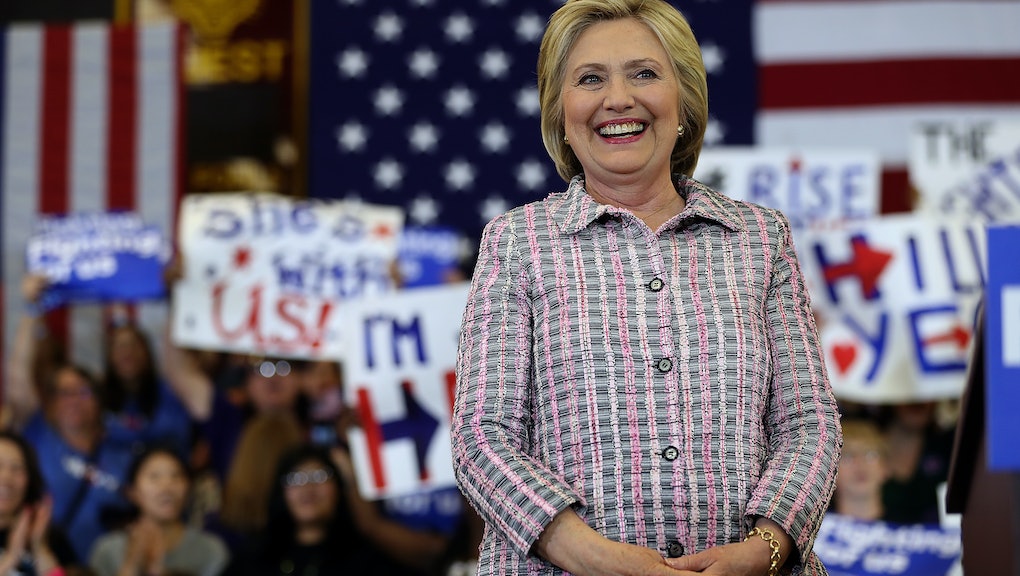 Presumptive Democratic presidential nominee Hillary Clinton beat back a strong challenge from Bernie Sanders in California on Tuesday, defeating the Vermont Senator by a larger-than-expected margin in the Golden State's primary and delivering a mortal blow to Sanders' campaign.

The Associated Press called the race for Clinton at 6:13 a.m. Eastern on Wednesday.

Her victory is a cherry on top to what's already been a great week for her campaign, which commenced with her clinching the nomination on Monday and winning the New Jersey primary, Tuesday's other big contest.

For months, Clinton held a wide lead over Sanders in California. But that lead narrowed in recent weeks as Sanders traversed the state to hold his signature large rallies, giving Clinton supporters heartburn.

But Sanders wasn't able to overcome Clinton in the state, which is filled with the multiethnic blend of voters whom Sanders struggled with over the entirety of the primary cycle.

Sanders had raised the stakes of the California primary, arguing a win in the country's largest state would give him momentum heading into the Democratic National Convention in July. A California win, he said, would help him convince superdelegates to defect from Clinton to his campaign, and deliver him the nomination.

But now, after his loss, it's unclear whether he will ultimately embark on a quixotic campaign to contest the DNC in July.

He made that vow in a speech early Wednesday morning. But the pressure for him to help unify the party will be immense.

In order to successfully contest the convention, he'd need superdelegates — or elected officials and Democratic insiders — to defect from Clinton in large numbers, despite the fact she won both the popular vote and a majority of the pledged delegates, which were allotted based on primary results.