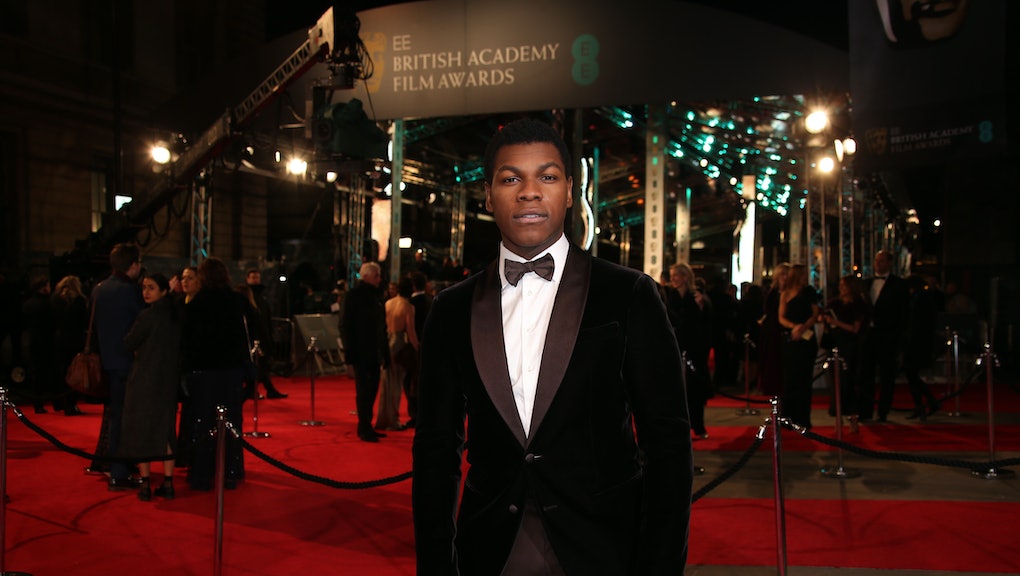 Idris Elba's character was instrumental in "canceling the apocalypse" in Pacific Rim — now, it's John Boyega's turn. According to Deadline, the Star Wars: The Force Awakens breakout star will lead the cast of the highly anticipated Pacific Rim 2.

"I am very proud and happy to welcome John into a fantastic sandbox," Pacific Rim director Guillermo Del Toro said in a statement, according to Deadline. "The Pacific Rim universe will be reinforced with him as a leading man as it continues to be a multicultural, multi-layered world. 'The World saving the world' was our goal, and I couldn't think of a better man for the job."

Boyega will play the son of Elba's character, who died in the first film. Aside from Boyega's casting, not much has been revealed about the sequel — though the still-living protagonists played by Rinko Kikuchi and Charlie Hunnam are expected to return as well.

Likely, it will follow a similar storyline to the original, in which humanity faces extinction at the hands of Kaiju — monstrous creatures that have emerged from the ocean. Naturally, the best way to defeat these creatures was for humanity to pool together its resources and build giant robots called Jaegers — which are basically Japanese Gundams in Hollywood form. They punch a lot.

As for Boyega, his star continues to shine. He will reprise his role as Finn in Episode VIII, and if Pacific Rim 2 takes off as well, he could find himself at the helm of two major sci-fi franchises. Hopefully, he'll know more about canceling the apocalypse than he does about the Force.