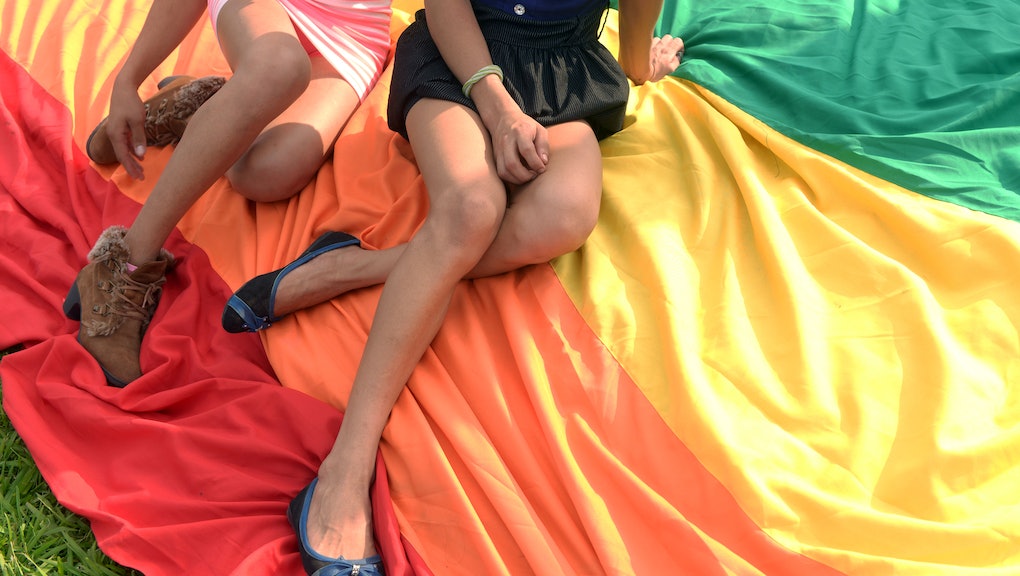 The Internet Is Rallying Behind Sarah, a Teen Forced to Undergo Gay Conversion Therapy

Internet users around the world are rallying online to help a 17-year-old Texas teen named Sarah, whose parents sent her to an East Texas Christian boarding facility to "pray away the gay," according to a GoFundMe campaign run by her cousin Jeremy.

Jeremy Jordan is a Broadway star with hundreds of thousands of followers on Twitter and Instagram, many of whom are now circulating Sarah's story with the hashtag #SaveSarah. "Sarah and her girlfriend wanted to go to prom together. But when they did that, Sarah's parents, who believe that homosexuality is a sin and abnormal, sent Sarah away against her will," Jordan wrote on GoFundMe, which already raised more than $15,000 for the legal battle to free Sarah from her parent's punishment.

"She is not allowed phone calls or email or any form of computer communication. She is also not allowed visitors and cannot leave the property," Jordan wrote on GoFundMe. "She tried to run away, but was caught by the staff and returned to the facility."

Practicing "conversion therapy" on minors has been banned in California, Oregon, Washington, D.C., and Illinois. These "therapy" programs are designed to rid LGBTQ youth of their same-sex desires and condition them to seek heterosexual relationships. They can be so harsh that they've drawn criticism from the United Nations Committee Against Torture, which deemed the practice a violation of human rights.

Few states have outright banned the practice, despite a report by the American Psychological Association showing participants had higher rates of post-traumatic stress disorder, anxiety and depression. According to a report by the Human Rights Campaign, youth who underwent "conversion therapy" were eight times more likely to attempt suicide.

Last April, Senators Patty Murray and Cory Booker introduced the first federal law to restrict its use against minors, the Therapeutic Fraud Prevention Act. But in the meantime, teens like Sarah are still struggling in an uphill battle against the legal system. That's why Jordan and Sarah's aunt have reportedly hired a lawyer who specializes in LGBT issues to help free Sarah from the system. (Mic has reached out to Jordan and will update if we hear back.)

"Attorney's fees in the first few weeks have already exceeded $20,000, and they are continuing to mount, with a full hearing set for July," Jordan wrote on GoFundMe. "If we free Sarah we can help show that it's not okay to try to make gay teens straight by sending them away and using the threat of God against them."