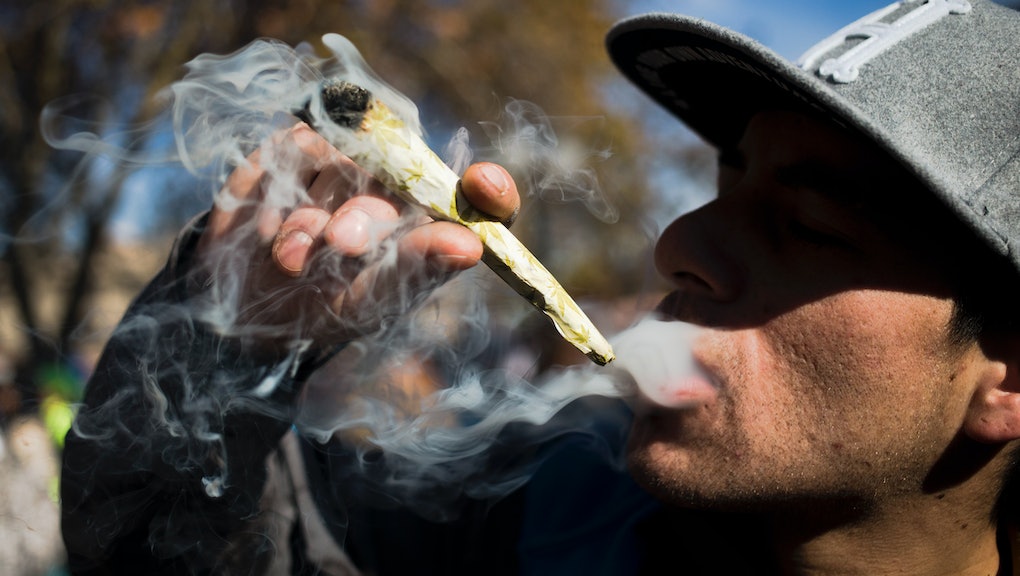 This Is Everything We Get Wrong When We Talk About Weed

Weed is much more complex than you might think.

As marijuana legislation takes pot out of basements and into the display cases of medical dispensaries, it's time to reexamine how we talk about pot. Our classifications are archaic, they make us sound like noobs and deserve an overhaul. When we understand the origin of our favorite plant, we can use that knowledge to get a better, more personal high.

We've been talking about weed all wrong.

According to David Drake, founder of Cannabis Reports, the people who research pot to legitimize the industry generally categorize marijuana into two classifications, indica and sativa, which date back to the 18th century. For decades, people said sativa makes you social and uplifted, while indica makes you subdued and introspective. But these binary groups are "decades old and don't mean anything anymore," Drake said in a phone interview.

Drake says plants haven't been purely indica or purely sativa for years. So calling it one or the other, even though it's a handy distinction, isn't doing the user, or cannabis research, many favors.

To really appreciate cannabis, think of it like wine

"If you go to Amsterdam and look at the cannabis menus, instead of seeing indica, sativa and hybrid, they have them organized by strain- and country-based classification," Drake said. "You'll see citrusy Thai strains, speedy Mexican Acapulco strains. The area of the world where the cannabis has been [cultivated] for many years has a huge impact."

In California's wine country, the difference of a few hundred yards can change the terroir, or the environmental conditions in which grapes are grown. Drake says it's the same deal with pot.

Farming elevation, and the increase in ultraviolet sunlight the crops are getting, can result in the amount of THC and cannabinoids in the plant. So when you grow weed up in the hills rather than a lower, wetter climate, the physical structures and chemical profiles of the plants change.

"If I'm looking for a trippy sensation, I'm looking for something with haze or Thai [genes] in it or Mexican Dew," Drake said. "If I want pain relief or to reduce anxiety, Afghani and South Indian strains are very calming for me."

The point is, weed isn't a two-trick pony

Reducing weed to just two classifications hinders research into why different kinds of pot have different qualities. The sooner we start seeing cannabis as more than just a drug for stoners, the sooner we can dive into what really makes it tick.