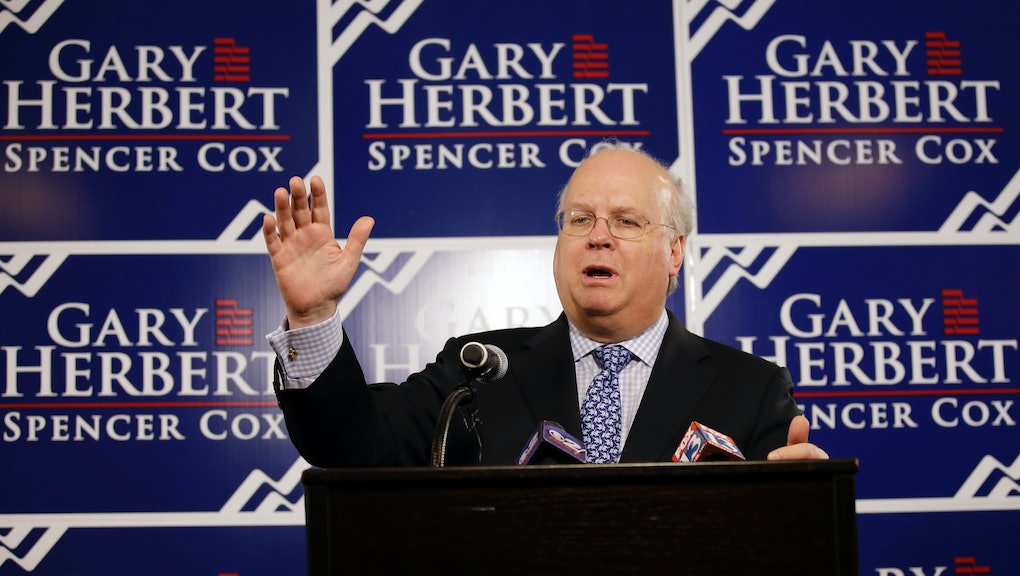 Republican Karl Rove Told a Slavery Joke to a Black Woman. She Quickly Shut It Down.

While speaking at a conference for hedge fund managers in Las Vegas, Republican strategist Karl Rove told black Democratic strategist Donna Brazile a joke about the Civil War to explain her right to vote.

"I did you a great favor bringing you into politics in the 1860 campaign and this is how you repay me?" Rove joked to Brazile, the Financial Times reported. "We're happy you got the right to vote but it wasn't your current party that was responsible for it."

The Times write-up did not specify in what session the exchange took place, but it did call the comment "patronizing and insensitive"; the author expressed concern that Rove felt the room full of financial honchos was a "safe space" to tell the joke.

Brazile reminded Rove that, as a woman, she would not have been allowed to vote for another 60 years.

In an interview with ThinkProgress, Brazile said Rove's comment epitomized the Republican party's problem — it can only reference the past, not the future.

"I don't find it strange when Karl Rove brings up Abraham Lincoln because they can't bring up anything else," Brazile told ThinkProgress. "It's easier for them speak of Lincoln's accomplishments than what they are doing today on voting rights."

Brazile added, "They don't have a future reference. They have the past."

Brazile told ThinkProgress that Republicans should work to strengthen voting rights today, a point she has also brought up in tweets about the incident.

Since the election of Barack Obama, laws limiting access to the ballot box have sprung up across the country, with one Republican admitting that voter ID laws are meant to help Republicans claim victory at the ballot.