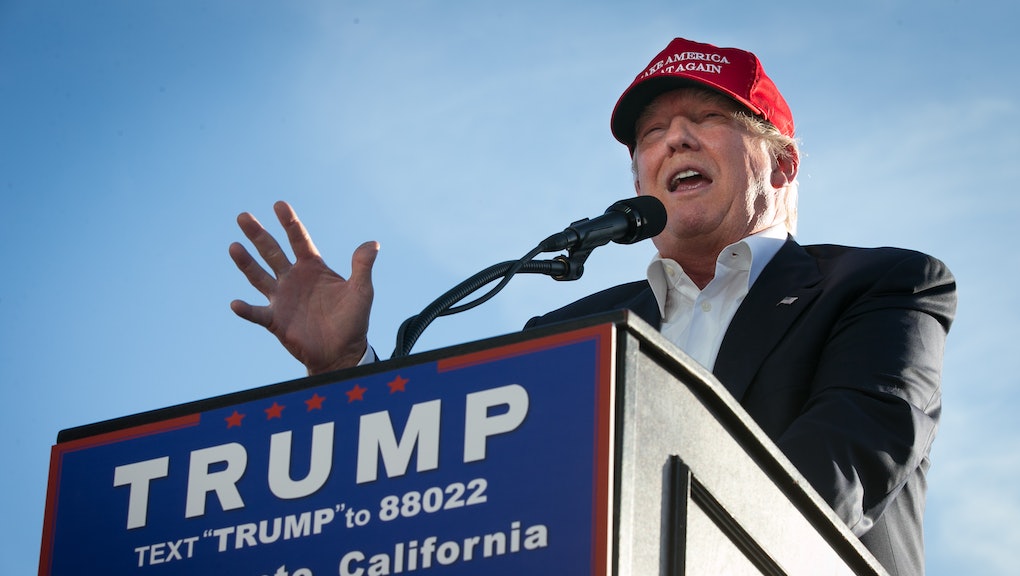 Q: What do these two ideas have in common?

1. America "deserves" a President Trump to teach us all a lesson about demagogues and democracy.

2. We can all just move to Canada if he's elected.

Posted on Monday night, the post makes an important point:

Those who would be OK with a President Trump "have well-secured bunkers of financial resources, fast-acting escape pods of white skin or the emotional insulation made possible by life in a mirrored hall of privilege."

However, the people who would actually be affected, the judges who would be "forced from their benches for being Mexican or Muslim" — and the immigrant families who would be "ripped further apart by unconstitutional edicts" don't have that privilege protecting them.

Thurston says it's on everyone to protect those who would be most affected by a Trump presidency.

The reality that Thurston is pointing out is frightening. Based on the policies that presumptive nominee Trump has already suggested, Muslims, people of color and women don't have the luxury of "waiting out" the reign of Trump.

"Don't be selfish," Thurston concluded. "Just because YOU won't feel the pain, doesn't mean many others won't."