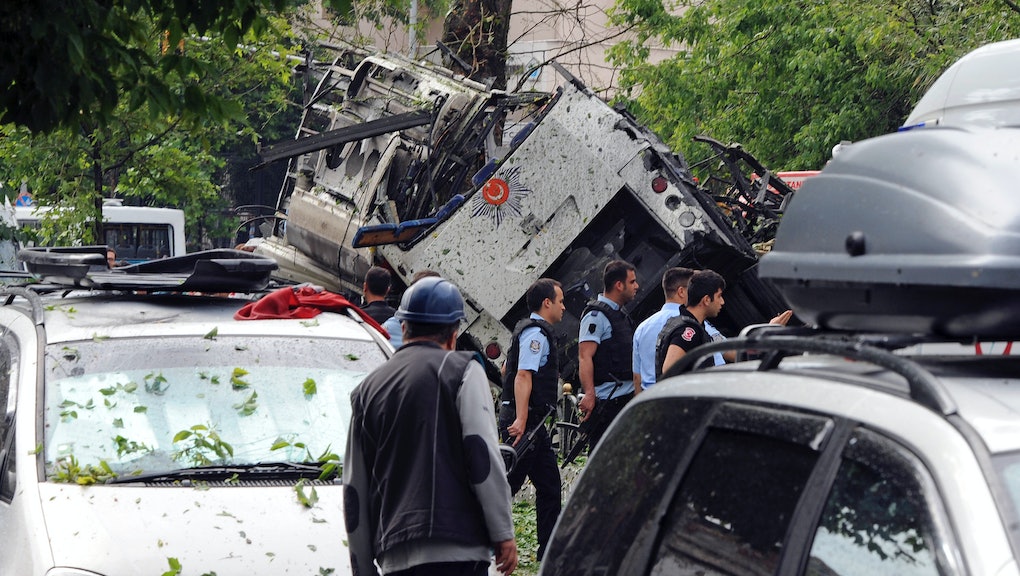 A car blast in Istanbul, Turkey, on Tuesday killed at least 11 people. Authorities have detained four people in connection with the bombing, CNN reported.

According to CNN, the bombing was "in the Beyazit neighborhood of Istanbul's historic Fatih district" at around 8:40 a.m. local time and the perpetrators may have been targeting authorities. At least seven police officers and four civilians died, with at least 36 additional injuries reported.

No groups have taken credit for the blast, which may have been remotely detonated. The attack is the fourth major terror attack in Istanbul this year, BBC reported.

Read more: These Attacks Happened Days Before Brussels — But You Probably Didn't Hear About Them