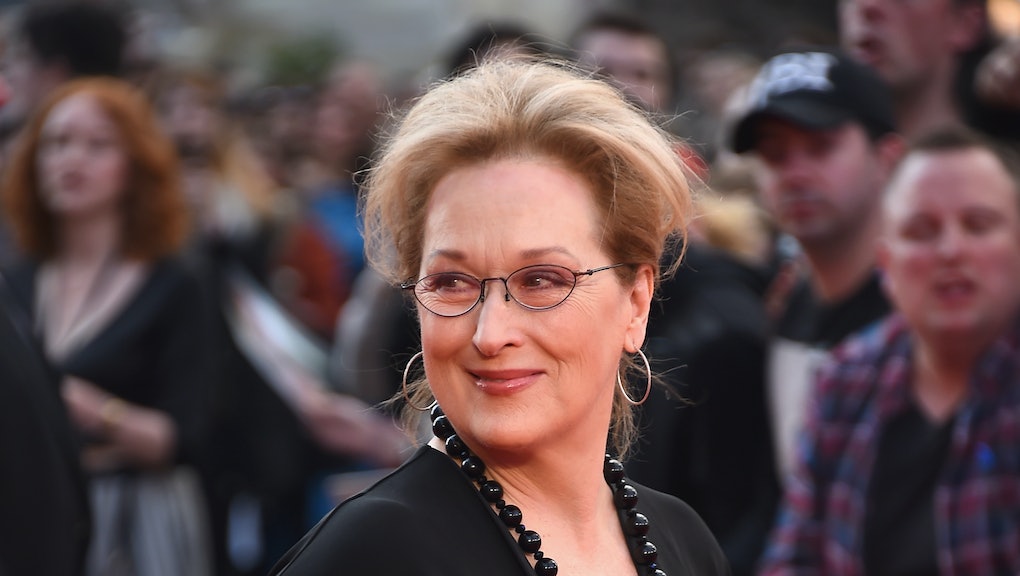 Meryl Streep Spoofs Donald Trump, Gets Our Vote for President 2016

Who wore it best: Meryl Streep or Donald Trump?

Dressed in an overstuffed black suit with a long red tie, her face heavily, orangely made-up and her hair piled into a Trump-esque ducktail, the actress sang Cole Porter's "Brush Up Your Shakespeare" from Kiss Me, Kate, learning a few lessons in how to clinch that sweet, sweet women's vote.

"We could do a deal, you'll let me know, why it is all the women say no," Streep-as-Trump harumphed.

"Brush up your Shakespeare and the women you will wow," Baranski sang. "Just declaim a few lines from Othello, and they'll think you're a hell of a fella."

Perhaps surprisingly, Trump's been silent on the subject of Streep's performance, not lashing out at the actress on Twitter as is his wont. Could it be that even he can't argue with her spot-on portrayal? Too hard to face oneself in the mirror? One thing, regardless, is clear. Streep really can play anyone.

Read more: Donald Trump Promises to "Take Care of Our African-Americans" as President