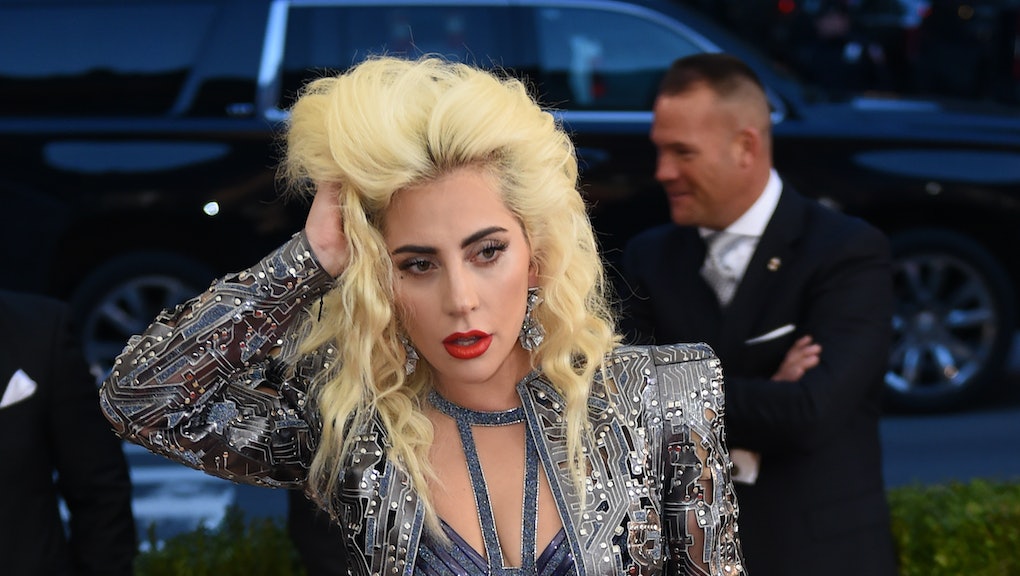 After Hillary Clinton won Tuesday's primaries in California, New Jersey and New Mexico, she became the presumptive Democratic nominee for president, a moment she accurately described as historic. Lady Gaga agrees. The singer posed in an American flag swimsuit for an Instagram endorsement of the candidate, captioned with an empowering message of support for Clinton and for women.

"#Hillary2016 nothing can keep a strong woman down," she wrote. "Vote for the first female US president in history. Shake it up, America, this country needs a little rock n' roll."

But as Refinery29 reported, the singer's post rubbed many of her fans the wrong way. Some little monsters, many of whom were self-described feminists, responded to Gaga's statement in the least feminist way possible, one calling her "$hrillary" and "a shrew of a woman."

Many of Gaga's supposed Vermont Sen. Bernie Sanders-supporting fans assumed that the star knew nothing of Clinton's politics and was making her voting decision based solely on the candidate's sex. They argued that gender politics have nothing to do with the 2016 election; that the feminist decision would be to not vote for Clinton "just because she's a woman." Basically, they put a lot of words in Gaga's mouth.

"Delete this, voting for a crooked bitch just because she's a woman is disgusting," gayhoneymoon said.

"Well there goes my opinion of you," stevanuzumaki wrote. "Sorry I'm not voting for a murdering hypocritical cunt."

"Feminism means supporting anyone who has a pussy, even if they are anti gay and shoot little girls and enslave citizens and steal from people," i.am.superdoll wrote. "That's lady GaGa ... what an idiot. She needs to do her research before abusing her platform. #Shame."

"I dont [sic] like that the only 2 reasons you listed to support Hillary were sex and roll n roll...this is our president, not a summer rock concert," sunkistwhit wrote.

"Please don't vote for Hillary just because she is a woman," jomamma4 added.

"Lady Gaga, you are a sexist monster," said gt_young. "Get a brain!"

Putting individual politics aside, Clinton's becoming the presumptive Democratic nominee is a big step for women. No woman has ever come this close to becoming president of the United States, and some of Gaga's little monsters acknowledged that, as well as the pop star's right to her own opinions.