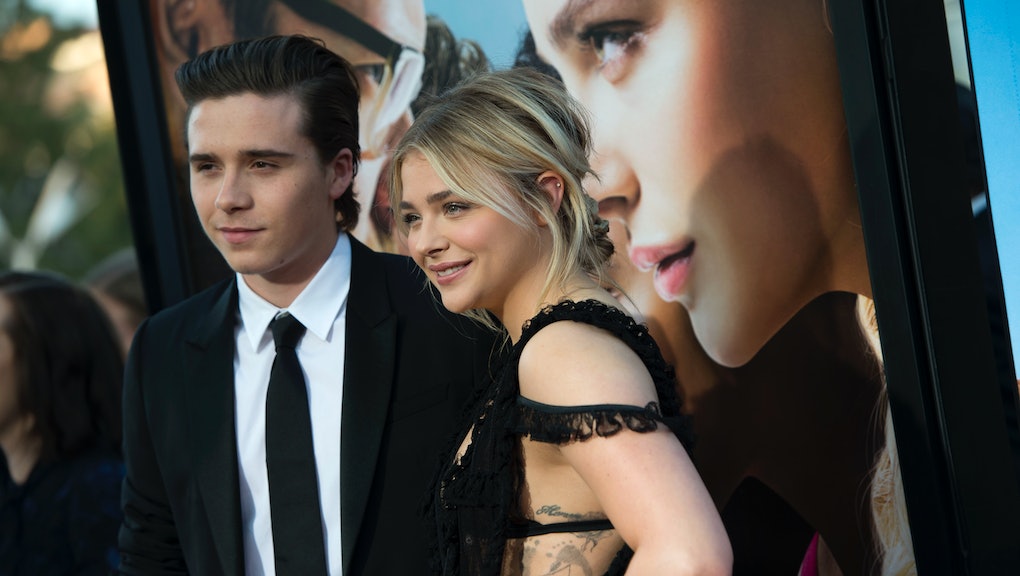 Looks like all those years of Posh Spice chanting "Girl power!" have paid off: Her 17-year-old son is now the supportive boyfriend of a strong feminist woman!

Chloë Grace Moretz recently praised boyfriend Brooklyn Beckham, son of David and Victoria, for being supportive of her opinions and political endeavors. In an interview with Access Hollywood, Moretz gushed:

I think he's used to powerful women in his life. I mean, his mom is a very powerful woman. I think he admires kind of what I stand for and he's always like, "Go do your political thing, Chloë!"

Whether she's stumping for Hillary Clinton in Nevada or weighing in on Kim Kardashian West's nude selfies during interviews, Moretz is certainly not shy about expressing her impassioned opinions whenever she can. A weaker man — one who wasn't raised by Posh Spice, perhaps — might feel threatened by such a strong woman. But Brooklyn Beckham was raised by Posh Spice, so he's not. Girl power!