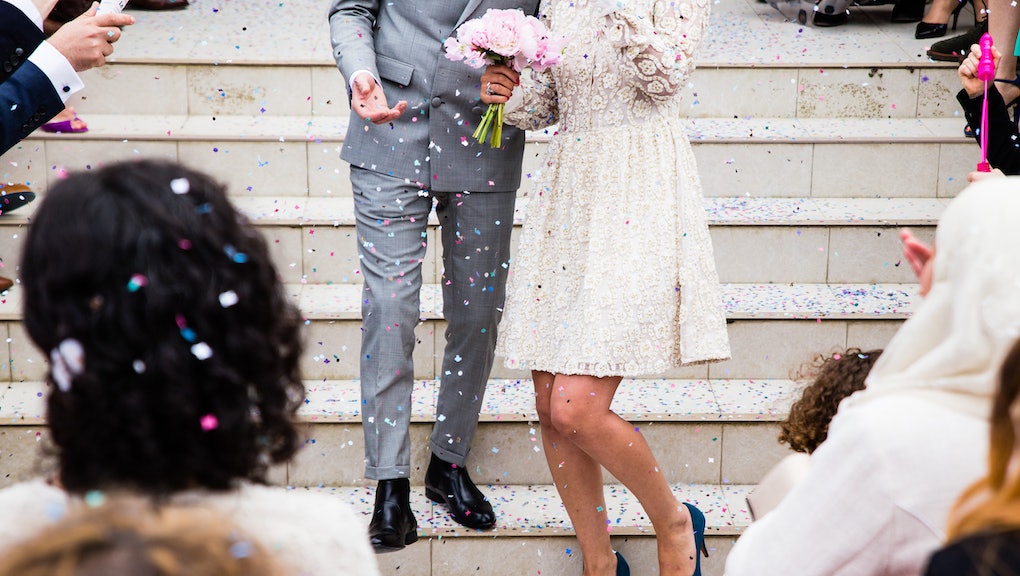 More millennials than ever are eschewing marriage, for reasons both economic and philosophical. But according to new findings, there may be one unforeseen health benefit to getting hitched.

In a recent study, researchers analyzed the medical records of 25,000 hospital patients in the north of England between January 2000 and March 2013, according to the Guardian.

Their discovery? Married people are more likely to survive a heart attack than divorcees and people who never got married.

The numbers: Married people are 14% less likely to die from a heart attack than single people who never wed, the study found.

Divorcees have it even worse than singletons: They're 7% more likely to die from a heart attack than people who never got married — "perhaps because of the increased stress or social isolation they experienced," the Guardian reported.

Wait, there's more: Married people, as well as people living with a partner, also seem to recover from heart attacks more quickly. They stayed in the hospital for an average of six days following a heart attack — one fewer day than divorced people, and two fewer days than single people.

Keep in mind, it's not that a set of wedding bands and a marriage certificate magically transforms your overall health. Rather, the findings likely come down to the circumstances surrounding a longterm, committed relationship.

"What is important for wellbeing and physical health is the presence of a stable, loving relationship providing mutual social support rather than marriage per se," Kate Bennett, a psychologist at the University of Liverpool who was not involved in the study, said, according to the Guardian.

Still not one for marriage? Friendships have health benefits too, according to the New York Times.

This study found older people with a large circle of friends were 22% less likely to die over the course of 10 years, the Times reported — and this research, from Harvard, suggests a lack of strong social connections may lead to weakening brain health as we get older.

Given that the average cost of a wedding in the U.S. is more than $26,000, strengthening your squad of BFFs may be the best way to go.