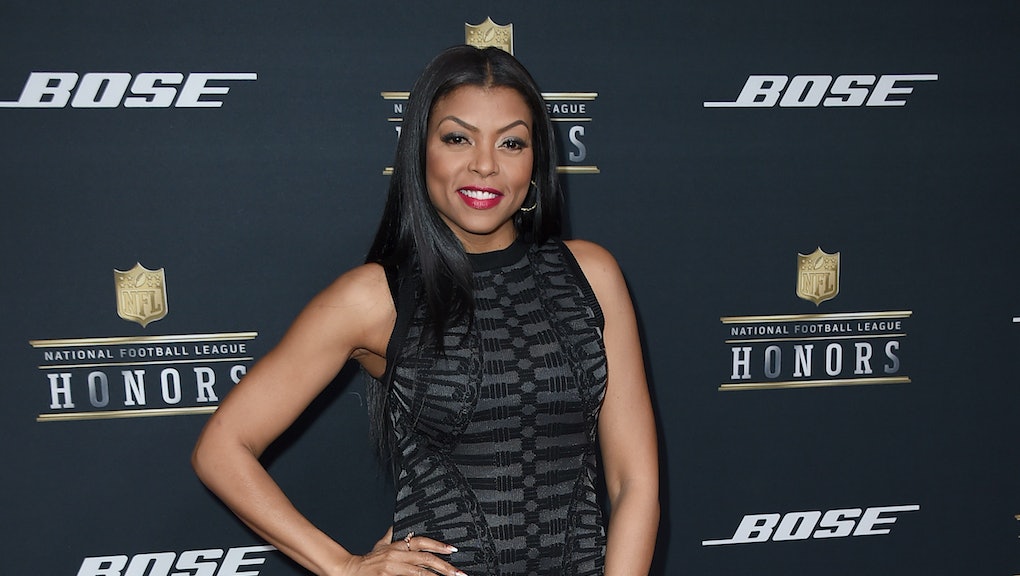 Taraji P. Henson Just Shut Down a Troll Who Called Her Racist for Celebrating Black Beauty

At least one commenter wasn't too happy about it — but Henson shut them down with the quickness.

The post depicted a black woman with an afro sitting in a field, with the caption, "Her hair defies gravity, her skin absorbs sunlight" and the hashtags #BlackIsFuckinBeautiful and #ProudBlackWoman.

Shortly after the post went up, Instagram user @damienglopez weighed in, writing, "all women are beautiful, not just black women," with the hashtag #blackracist to describe Henson.

Henson wasn't having it. Her clapback to the user — whose profile name is listed as "Princess Dora" — read:

#ShutUpDora and go somewhere and be proud of who you are. What does celebrating my black beauty have to do with being a racist? You are ignorant and clueless. Maybe chill on the steroids. It's affecting your small lil pea brain! Foh chump!!! BTW you label yourself King. True kings don't get in their feelings kaweens do #ByeBitch

Commenters on the original post applauded Henson and began flooding the comments with the hashtag #ShutUpDora.

Though Henson's clapback was a tad heterosexist — kings can cry, after all — her Instagram followers got on board with her dismissal of the person's claim that her post was racist.

To summarize, Henson has exactly one thing to say to people who come at her for celebrating black women: