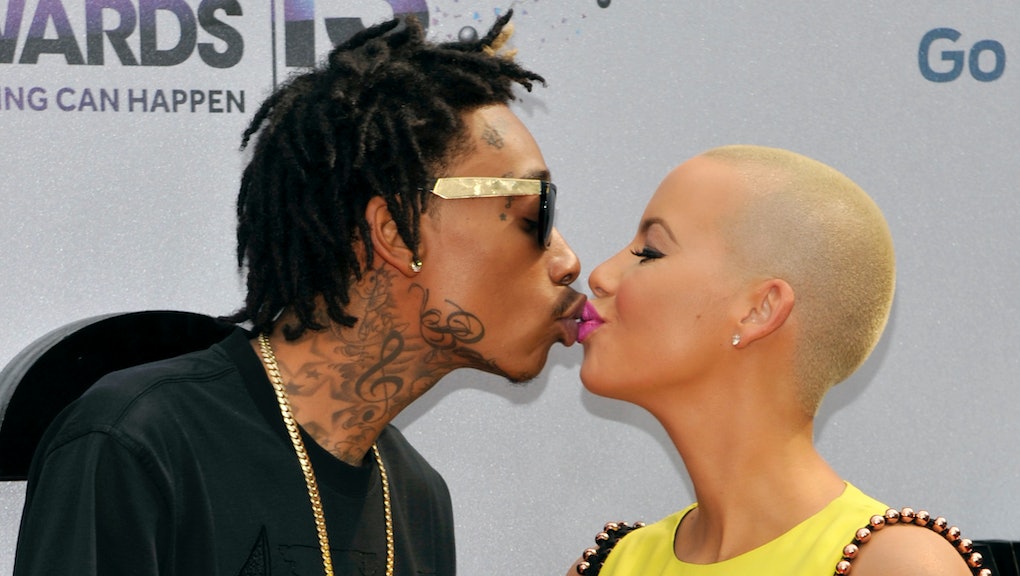 The love story of Amber Rose and Wiz Khalifa has been filled with many a twist and turn. From Khalifa's exuberant "She said yes!!!" Instagram post after he proposed to her back in 2012 to the soul-crushing moment Rose filed divorce papers just two and a half years later, it has been quite the saga indeed.

And now the saga has officially ended with Khalifa and Rose together, at a strip club, celebrating the finalization of their divorce.

TMZ reports that the pair was celebrating the fact that both parties got exactly what they wanted in the divorce settlement:

Between the strip club celebration and the mutually amicable division of assets, this story really just makes divorce look like nothing more than a very fun game of popping bottles and getting money and cars.