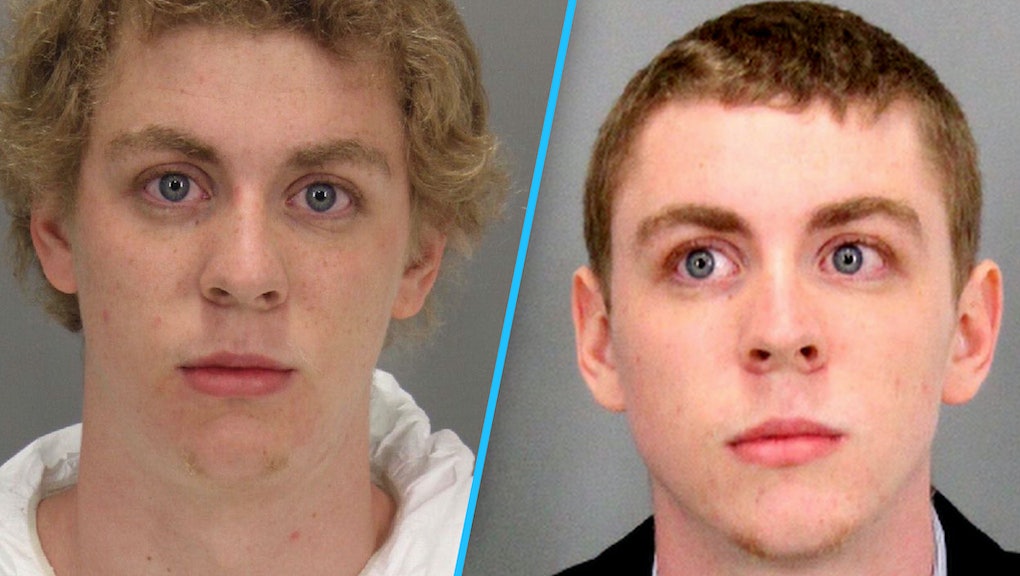 Former Stanford student Brock Turner has shown very little remorse for sexually assaulting a woman behind a dumpster after a fraternity party in 2015. In a statement to judge Aaron Persky, Turner — who was convicted in March on three sexual assault charges — blamed "binge drinking" and "sexual promiscuity," not his own volition, for the assault.

At no point did Turner recognize publicly he had committed a crime, and 14 years in prison — the maximum Turner could have received — likely wouldn't have changed his mind, or even his behavior.

"He might learn to be more careful — but if his attitude is that it's not a crime, that it was OK behavior, he is apt to do it again," former U.S. Department of Justice sex crimes prosecutor Shan Wu said in a phone interview. "The risk [to society] is quite high if someone doesn't believe they've done anything wrong."

Wu, who now works as a student criminal defense attorney, said that unless Turner can understand what he's done, any time in jail wouldn't make a difference in his understanding sexual assault.

Turner's case is about much more than Turner.

Ultimately, Turner's failure to recognize his actions as a crime stem in part from the ways rape culture, the pattern of behaviors and attitudes that see women as objects and normalize male sexual violence, permeates everyday life. Rape culture doesn't just apply to sexual assault cases themselves: It encompasses rape jokes, the lyrics in hit singles and the ways we talk about gender roles and sexuality.

"The risk [to society] is quite high if someone doesn't believe they've done anything wrong,"

Prosecuting a rapist certainly sends the message that sexually assaulting someone has consequences, but it won't on its own fell the monolith of rape culture.

"If you're just saying, 'Throw them in jail,' 'They're a criminal,' 'They're a sociopath" — those labels push off the responsibility we all have for these kinds of attitudes," Wu said. "I think particularly in the campus assault area, focusing solely on retribution shuts down conversation and hurts the possibility of cultural change."

Judge Aaron Persky sentenced Turner to just six months in jail — a much more lenient punishment than the maximum 14 years he could have gotten and still less than the six years prosecutors sought for Turner.

"Some rapists don't know that they're rapists."

To some people, however, the sentencing doesn't matter. "My own anger about Turner's case doesn't come from the light sentence ... I don't think it's relevant," said 23-year-old Larissa Pham, a New York-based freelance writer who herself is a sexual assault survivor, in a phone interview. Pham said her anger is directed more toward people's defense of Turner, including his own father's.

Pham said while she believes assault survivors should be able to prosecute their rapists (as it stands, only 3% will succeed in doing so), she added it's important to think more broadly about how to solve the problem of sexual assault.

"We need to make sure the perpetrators of sexual violence don't do it again and understand what they've done."

"A lot of people choose not to take action against their rapist, and what do we do for those people?" she wondered. Pham said she's among the many who have decided not to report her assailant.

"We need to make sure the perpetrators of sexual violence don't do it again and understand what they've done," she said. "It's a much larger conversation."

On Friday, Pham reminded her followers on Twitter: "Some rapists don't know that they're rapists."

And in a criminal justice system where admitting guilt, owning up to mistakes, or simply saying sorry aren't requisite, they may never know.

There's a problem with prosecuting rape in a broken criminal justice system.

For this reason, said Karen Robertson, a senior lecturer in Vassar College's English and Women's Studies departments, someone who's convicted of sexual assault usually has a chip on their shoulder. "He's walking around with a sense of total injury," she said in a phone interview. "He feels resentful that he was treated badly."

She identifies this as a "huge gap" between the assailant's understanding of rape and the actual act of rape, something the criminal justice system has failed to address. Robertson said she's seen this dynamic play out on Vassar's campus, where she's always been "profoundly worried" when female students move forward with rape cases.

"The criminal justice system is not organized to see all parties to a case in the same way," she said. "It's supposed to be equal, but obviously it isn't because it's so infected by money and by the deep-rooted gender stereotypes that have not been eradicated in this society."

Wu has been helping universities revise their sexual assault investigation procedures to make the process more fair to all parties involved. He believes doing so might erase some of the hostility those convicted of sexual assault feel toward the criminal justice system and create a space for them to begin to acknowledge what they've done.

"The universities' systems aren't going to fix the problem," admitted Wu. "But we can at least stop universities from contributing further to it."

A real solution to ending sexual assault will take time, and involves not just criminals and law enforcement, but everyone.

"All of us have a responsibility to understand what's going on in this culture that's caused an epidemic of sexual assault," Wu said. "You're not going to be interested in contributing to change if you think these issues have nothing to do with you."