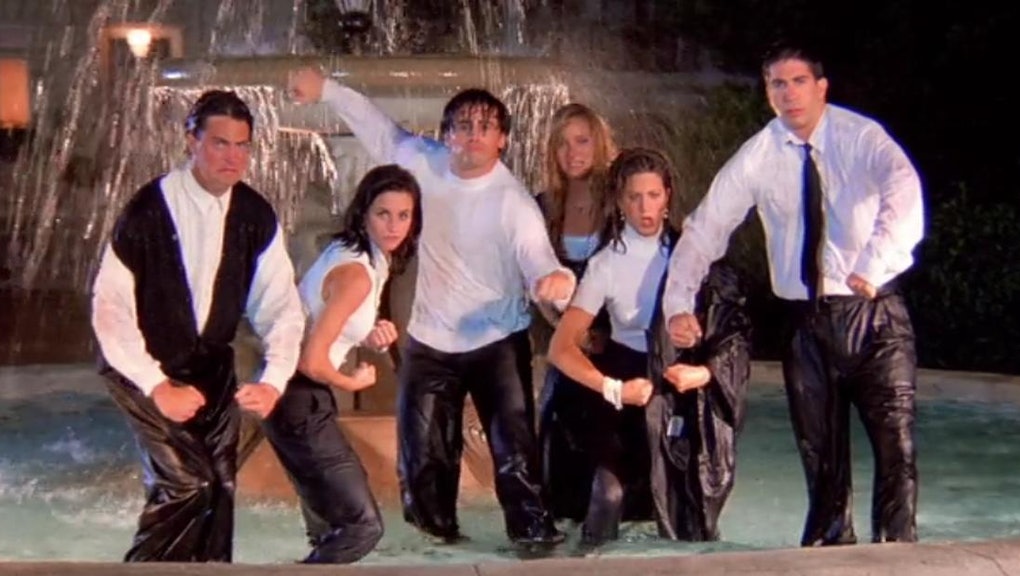 Here's Why You're Probably Getting Too Involved In Your Friends' Relationships

A recent Washington Post column asked: "Are you too invested in your friends' relationships?"

This is an interesting question! One that many can likely answer "yes" to.

In the Post article, advice columnist Demetria Lucas D'Oyley shared the story of an anonymous woman who had recently forgiven her boyfriend for cheating on her. The only problem was that her best friend still held a grudge against him.

"It's sad that I care about you more than you do for yourself," the best friend told her.

In a Bustle article last year, Kristine Fellizar wrote about a married friend of hers who enjoys "living vicariously" through her dating adventures.

Of course, it's understandable that friends might find themselves somewhat invested in the emotional wellbeing of each other.

"As women, we tend to share a lot with our best friends... We laugh together, we cry together, and we know more than we should," relationship expert Logan Levkoff told the Washington Post. "Sometimes we are overly invested, then it becomes emotionally and intellectually challenging when we think a friend's partner might hurt someone that we care about."

It's nice to care about your friend's feelings and all, but the anonymous woman's quandary shows how being too emotionally invested in their relationships can start to fuck with the friendship itself. In an article for CNN, Audrey Irvine shared a cautionary tale about a time when she loathed her best friend's fiancé.

"I made it a point to let her know my feelings about him — questioning from day one his possessive nature when it came to my friend," Irvine revealed. "Our friendship seemed to have an invisible veil separating us — with only our love for each other binding us together. That veil was her fiancé."

In the end, deciding whether or not to stay with a romantic partner is a personal decision that every woman has got to make for herself. In the case of the anonymous advice-seeker in the Washington Post, this meant that her best friend just had to suck it up and learn to like the once-unfaithful dude.

"If you respect your friend, you have to respect their partner as an extension of them," Levkoff said. "If your friend is happy, let it go and move on."

But sometimes, if you express your disapproval strongly enough, you just miiiight be able to get your friend to dump her man for the sake of your friendship. As was the case for Irvine.

"After a few months, my friend called to tell me she called off her engagement," she wrote. "There seemed to be a sense of relief between us because she realized that my doubts were also her concern. She admitted later that it would have changed our friendship had she gone through with the wedding while knowing I didn't like her spouse."