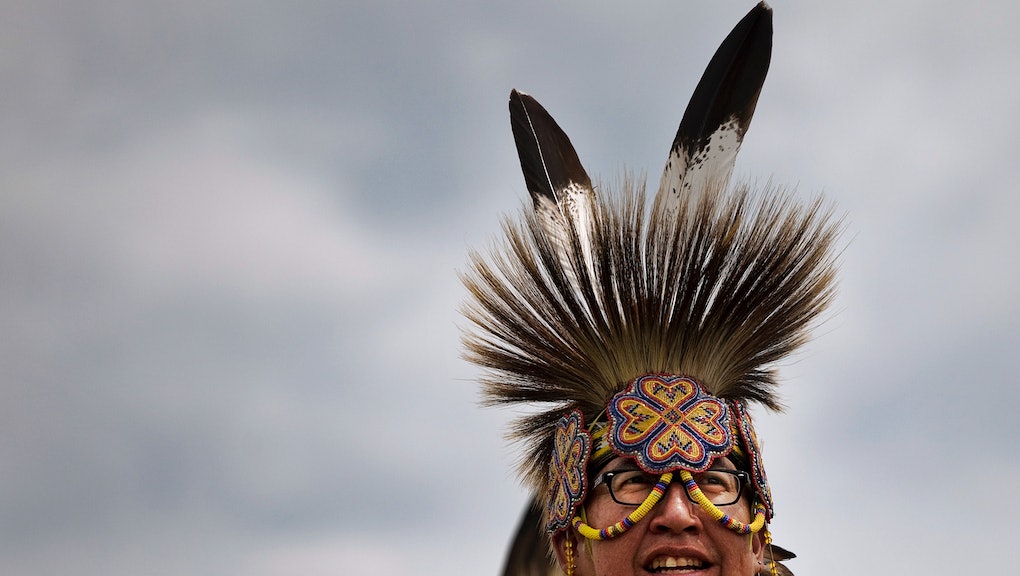 Oh, Canada: For years you've been touted as America's friendlier neighbor to the north, a land where maple syrup flows like wine.

But there's a dark side to this snow-swept paradise many people don't know "aboat": Survey results published by the Environics Institute — a Canadian social research organization — and reported by the CBC this week reveal that non-indigenous Canadians have some troubling attitudes about their indigenous neighbors.

From the CBC, here are three key findings from the survey, in which researchers cold-called 2,001 non-indigenous Canadians in January and February and asked them general questions about the country's First Nations people:

1. Sixty-seven percent of non-Aboriginal Canadians agree indigenous people "have a sense of entitlement about receiving support from government and taxpayers."

3. Only two-thirds of non-Aboriginal Canadians surveyed said they'd heard or read anything about the history of residential schools in Canada — schools that were designed to forcibly assimilate indigenous children into mainstream Canadian culture.

Such schools were rife with physical and sexual abuses. Over the course of their existence from 1876 to 1996, up to 6,000 Aboriginal youth died there, in perhaps the country's defining act of what its government later called "cultural genocide."

The survey highlights a surprising level of racial hostility for a country seen as so utopian.

If any of it sounds familiar, it's because Americans feel similarly about black people: A 2014 Pew study of political attitudes in the US found that 63% of Americans think black folks who can't get ahead in society are mostly responsible for their own condition.

That Canadians can feel similarly about a people their government has so routinely oppressed and degraded — as the US has done to black Americans — speaks to a staggering ability of those in power to view privilege and social mobility with little regard for history.

But there's also good news: Forty-eight percent of respondents think the residential school system is at least partly responsible for the current challenges indigenous people face. Such challenges include the highest child poverty rates in the country, high suicide rates in many indigenous communities and an epidemic of missing and murdered indigenous women the government has just started paying attention to.

Growing awareness around the factors that lead to such racial disparities in Canada is important to the nation's growth. But this survey also shows that racism is far from a uniquely American problem.