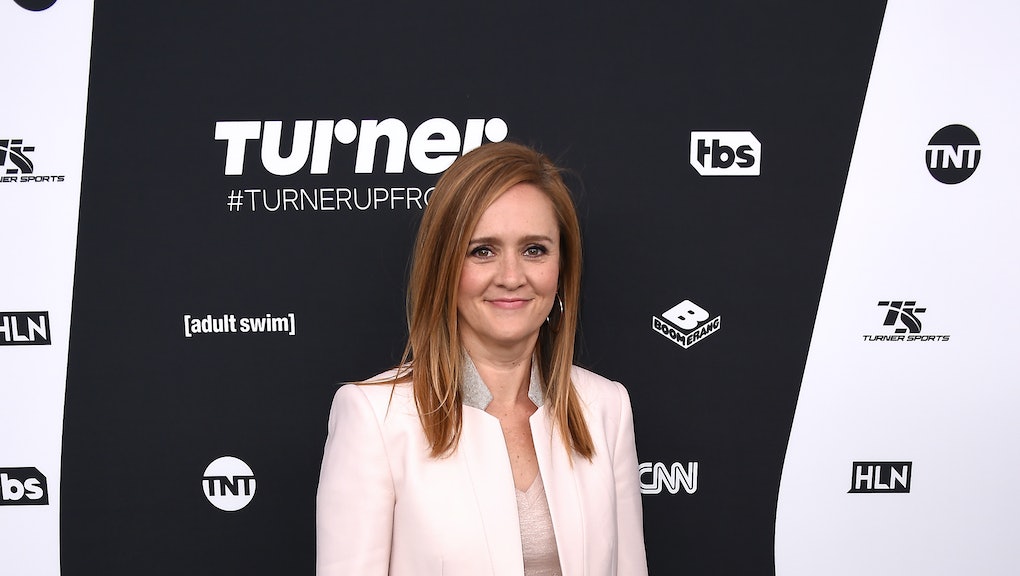 Now that Hillary Clinton is the presumptive nominee of the Democratic party — despite Bernie Sanders' willingness to stay in the race — we're one step closer to our first female president. Yes, a president, not the first lady.

CNN, however, opted to go with the headline "The First Lady" on their website — you know, the title she'd held during her husband's presidency in the '90s. The slight — whether intended or not — rubbed Samantha Bee the wrong way. The Full Frontal host is no stranger to breaking the norm herself, as she's currently the only female late night host on cable.

Naturally, in her own unapologetic, snarky manner, Bee decided to fix their headline and share it on Twitter. Suffice to say, "The Mothafuckin Presidential Nominee, Bitches!" is a much catchier header, CNN.

Bee could probably make a fortune outsourcing her suggested headlines, but presumably she'd rather stick with Full Frontal, which has been renewed for the rest of the year on TBS. So for more unrelenting sass from the comedian, fans know where to go.