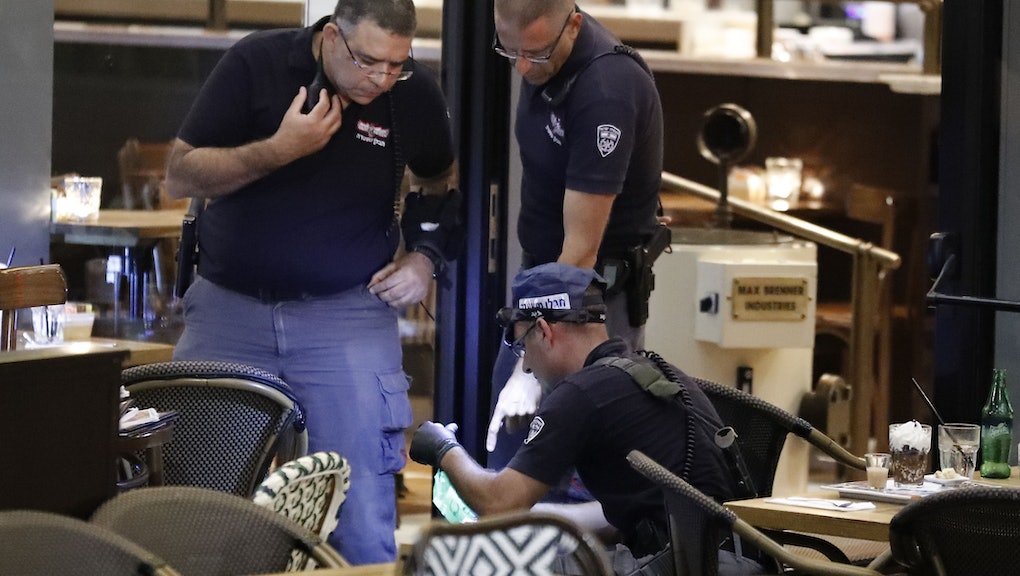 Authorities have confirmed a shooting spree at Sarona Market in downtown Tel Aviv, Israel, on Wednesday resulted in at least four deaths and 16 injuries among victims, as well as one dead and one injured gunman, Haaretz reported.

Conflicting reports on the number of dead and injured mean the exact toll cannot be determined at this time.

According to Haaretz, two Palestinian men were involved in the attack. A security guard shot and killed one of the pair, while law enforcement shot, wounded and captured the second.

Israeli security forces are currently treating the attack as an act of terrorism. Video posted by Amichai Stein, deputy editor at Israeli broadcaster Channel 1, captured the moment a police officer opened fire on one of the suspected gunmen (who cannot be seen in the clip).

Stein posted additional photos from the scene showing the security response and evacuation of victims, as well as what appeared to be an automatic pistol or submachine gun laying on the ground at the scene of the assault.